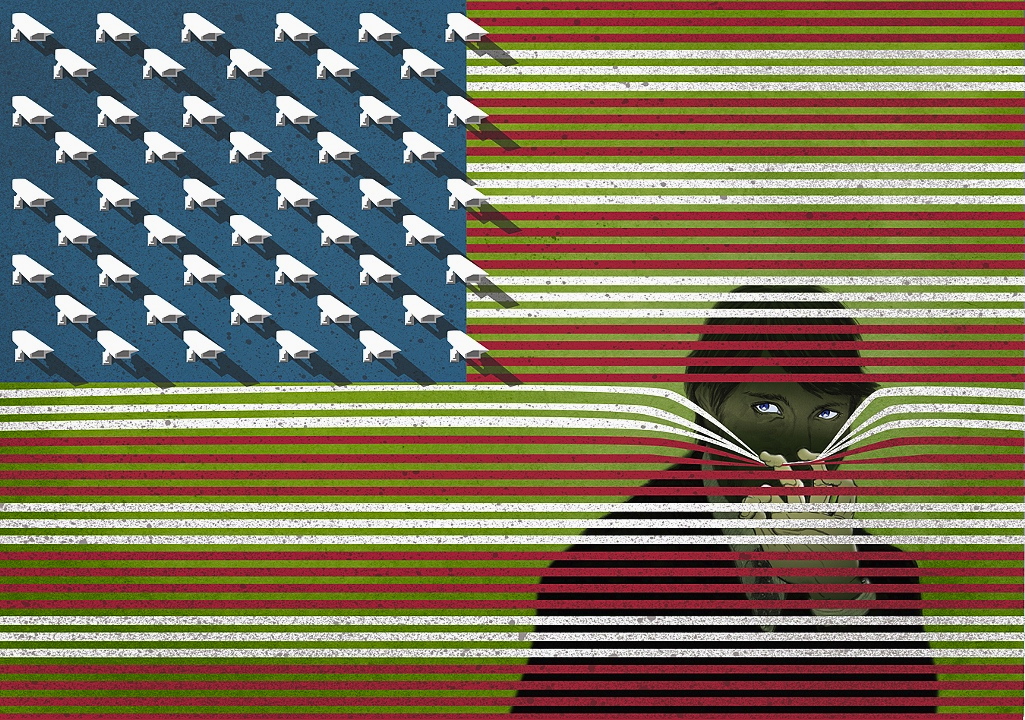 Despite Joe Biden running on a platform of unity to bring Americans back together, before he was even sworn in, he reneged on this promise by alienating tens of millions of Trump supporters — essentially declaring them the enemy.

“Don’t dare call them protesters,” Biden said after the largely peaceful march on DC which ended with a few hundred goons out of tens of thousands of peaceful protesters raiding the capitol. “They were a riotous mob. Insurrectionists. Domestic terrorists. It’s that basic. It’s that simple.”

While some of the folks certainly thought they were part of some coup, the reality of the situation was nothing at all as serious as the media and establishment has reported since.

Just like Trump used Antifa violence to bolster the police state and add stricter penalties for protests, Biden is using the riot at the Capitol to do the same. We predicted this outcome in January, and now it is escalating even further.

In February, using the DHS National Terrorist Advisory System — or NTAS — the Department of Homeland Security issued a warning that anger “fueled by false narratives,” including unfounded claims about the 2020 presidential election, could lead some inside the country to launch attacks in the coming weeks.

This was the first time we could find that this warning was issued over a domestic terror threat. And, although that warning was issued in February, four months later, we’ve yet to see anything materialize. There have been no protests, no “attacks” on the Capitol, nothing. In spite of Americans largely returning to normal, the White House is doubling down.

This week, President Joe Biden’s administration announced their plans to create a means for family and friends to snitch on each other — to fight the non-existent threat of domestic terrorism.

In a teleconference on Monday, a senior administration official told reporters of a plan that sounds reminiscent of the Minority Report by attacking “pre-crime.”

“We will work to improve public awareness of federal resources to address concerning or threatening behavior before violence occurs,” the official said.

The official went on to explain how this would work, which involves family members and friends snitching on each other.

We will work to improve public awareness of federal resources to address concerning or threatening behavior before violence occurs.  And on that, I would just note that one of the things we’re talking about is the need to do something in this space, like the “See something” — “If you see something, say something” concept that has been promulgated previously by DHS.  This involves creating contexts in which those who are family members or friends or co-workers know that there are pathways and avenues to raise concerns and seek help for those who they have perceived to be radicalizing and potentially radicalizing towards violence.

Notice how they use the word “potentially” to imply that certain completely legal political speech has the ‘potential’ to incite violence. Then, as if big tech censorship and spying wasn’t enough, the official mentioned “increased information sharing” between tech platforms to help combat this potential for radicalization.

“Any particular tech company often knows its own platform very well,” the official noted. “But the government sees things — actually, threats of violence — across platforms. They see the relationship between online recruitment, radicalization, and violence in the physical world.”

Closing out the conference, the official encouraged Americans to come together with their government rulers to combat the non-existent threat in a line that sounded like it was uttered directly from Heinrich Himmler himself.

“We are investing many agencies of the government and resourcing them appropriately and asking our citizens to participate,” the official said. “Because, ultimately, this is really about homeland security being a responsibility of each citizen of our country to help us achieve.”

The state asking family members to snitch on each other is the exact same scheme out of every totalitarian regime throughout history. When you sever the trust between children and their parents or friends and family, you can easily mold the children and other state-dependent shills into obedient pawns of the regime who will have no problem outing their subversive family members and friends to authorities.

In Soviet Russia, there was a famous story used to inspire children to inform on their parents. It was the story of Pavel Trofimovich Morozov — a Soviet youth who was praised by the state run media as a martyr. According to the story, which has very little evidence of actually happening, Pavlik denounced his father to the authorities and was in turn killed by his family.

Regardless of whether or not the story was true, it became the subject of reading, songs, plays, a symphonic poem, a full-length opera and six biographies — all which pushed the idea that opposing the state was selfish and reactionary, and state was more important than family. The apotheotic cult had a huge impact on the moral norms of generations of children, who were encouraged to inform on their parents.

Those who fail to see history repeating itself are ensuring that it indeed will. Totalitarian regimes thrive off pitting citizens against each other, and this is ultimately the last step before complete despotism. Time to pay attention America.