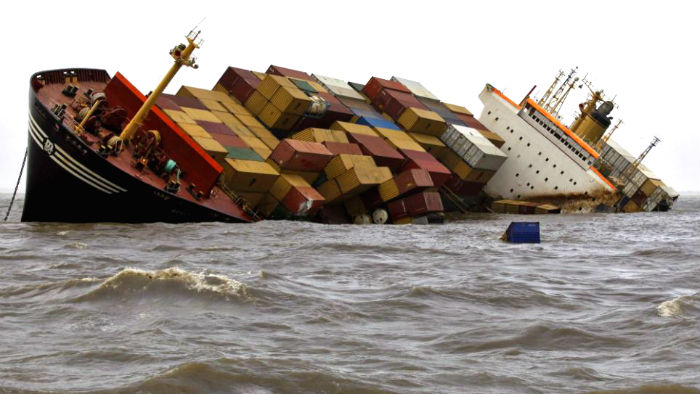 It is an economic rule which free market philosophers like Adam Smith have tried to explain to governments and monopolists for centuries:

Governments and central banks have sought to circumvent this rule by printing money from thin air, thinking that they can create wealth while at the same time suffocating public financial interactions and trade with authoritarianism. This, of course, only leads to inflation or stagflation, and thus wealth is never actually created, it is projected like a hologram in order to trick the masses into thinking that all is well – until everything breaks, that is.

To be sure, capital is concentrated under this system into the hands of a select few, but the currency itself is devalued swiftly and buying power is truncated. Speculative assets and many commodities start to see a burst of activity as the inflation grows out of control.

Some of these assets will implode eventually, especially those that offer no intrinsic value or utility, that were only ever purchased in the hopes of passing them on to a greater fool. Others will explode even higher. Essentially, bizarre bubbles in various sectors are in reality a warning of the inflationary crisis to come.

There are mainstream economists out there arguing that monetary policy decisions and authoritarian mandates have no real world consequences. The inflation is “transitory”, they claim. The public will “adapt” to the new normal and submit to the controls for their own good. Central bank stimulus will defuse all crisis events in the meantime and helicopter money will placate the citizenry. Throw the public a few scraps from the table and they will shut up and happily nibble.

These academic policy-makers and unelected bureaucrats refuse to see these speculative bubbles as what they actually are: Desperate moves to avoid inflation. No one wants to hold dollars when they can watch their purchasing power being destroyed daily, so they seek something, anything else. Eventually, most of these illusory safe-havens will collapse into worthlessness (how much will your Bored Ape Yacht Club NFT be worth next year?)

As I have been saying for many years now, an economic crash in the U.S. simply cannot be avoided, and it can only be hidden from public view for a limited time. And that limit is expiring fast.

Well, guess what? The crash is here now right in front of us and it is becoming obvious even to people who barely pay attention.

The “Everything Shortage” is the beginning of the end

For a while now preparedness advocates like myself have been warning about the incessant bottlenecks and weaknesses within the U.S. supply chain, a system highly dependent on “just in time” freight. It has been saddening to see our warnings go unheeded for so long. Now, the circle of idiocy is nearing completion and large elements of U.S. supply and trade are trapped, waiting on a handful of U.S. ports and a crippled freight network to process billions of tons in product before it can reach wholesalers and retailers.

And, it’s only going to get worse because the causes are not being addressed.

There are a number of reasons for the breaking supply chain, and it would not be fair to place all blame on a single culprit. However, the “perfect storm” we are witnessing is perhaps not as coincidental as it might appear. At the very least, government officials and corporate elites have known about the fragility of our supply chain for quite some time and have done nothing to remedy the situation.

A shortage of port workers

Labor shortages have been a cancer within our economy for the past 18 months and the ports are no exception. COVID-19 mandates and lockdowns have stifled business operations including those at “essential” services. In particular, it was the COVID-19 unemployment benefits and welfare checks that caused the bulk of our existing problems by paying workers far more to stay home than they would make on the job.

While federal COVID-19 checks have technically “ended”, some benefits are ongoing and state COVID-19 “benefit enhancements” are flowing through various channels such as SNAP. This is on top of regular state unemployment checks. So, even though federal programs have been slowing down, state programs continue which means many more months of labor shortages to come. There are numerous people out there that have not worked a job in over year despite the fact that job openings are ample. In May it was estimated that 30% of the unemployed representing around 9.2 million workers had been jobless for at least 12 months. And why not? Why work when the government pays you to do nothing.

Port worker shortages are ongoing due to a loss of employees at the beginning of the pandemic lockdowns that still has not been remedied. It is important to note that the states with the worst port congestion are the states with the most COVID-19 restrictions (blue states). So much so that red states are taking on extra port traffic to mitigate the congestion in places like California and New York, but they can only do so much.

As with the port workers, trucker shortages are rampant. The industry estimates 80,000 to 100,000 truck drivers need to be hired immediately just to stave off the current backlog of containers at ports. At least 13 cross-country shipments need to be completed for each truck driver working today in the U.S. This means that at the current speed of freight deliveries they will never catch up to the backlog.

Trucks carry about 60% if all goods to retailers across the U.S., not to mention raw materials to manufacturers. If the trucking system shuts down, the economy shuts down.

Now we are getting closer to the root cause of our supply chain dilemma. Biden’s vaccine mandates and the COVID-19 mandates in general have been the primary trigger for the worker shortages. This goes for port workers as well as truck drivers.

Vaccine mandates are forcing workers in important infrastructure positions to make a choice – Stay at work and take a vaccine with no long term testing to prove its safety, or, refuse and look for work elsewhere. Many are choosing the latter.

The brink of disaster

It is important to understand that in most of these industries a loss of only 10% of the workforce would lead to disaster. Right now, many ports and companies are looking at a worker loss of 30% or more. This would cause the supply chain to grind almost to a halt, and there’s nothing Biden or state government can do about it because most of these jobs are skilled labor requiring years of training and experience. There is no pool of skilled workers waiting in the wings to take these jobs. There is no contingent of national guardsmen qualified to fill them. There is no group of qualified foreign workers they can ship into the country to take up the slack who can also speak English well enough to function. There’s no one.

They might be able to patch together a facsimile of the former supply chain, but it will be a joke in comparison. Biden’s mandates can and likely will cripple U.S. freight and the economy overall, and maybe this is deliberate. Biden’s handlers and cabinet are the true policy writers, and they know full well what the damage will be as the vaccine mandates take effect and millions of workers refuse to comply. Either they don’t care, or, they hope to make hay with the ensuing chaos while blaming the vaccine refuseniks.

I suspect they did not think there would be so much opposition in America to the mandates, so Plan B is to spin the narrative to their advantage by crashing the system a little early. Resistance to the vaccine passports is necessary to saving our republic in the long term, but it’s important to realize that we, the unvaccinated, will be painted as the villains in the short term just for quitting our jobs or being fired for non-compliance.

The inevitable dollar devaluation and stagflation

The bigger problem which almost no one in the mainstream is talking about is the effect of money creation and price inflation on the supply chain. For one, helicopter money through stimulus checks has caused a flood of demand for overseas goods, which dilutes the buying power of the dollar because now there are more and more dollars chasing less and less available goods. The goods are becoming more valuable to foreign manufacturers than the dollars Americans are trying to trade for them.

Stimulus measures in the U.S. have the peculiar benefit of shifting inflationary damage offshore for a time, because the dollar is the world reserve currency (for now). Banks and corporations around the globe continue to hold dollars in reserve for future trade, but this could change quickly.

The Federal Reserve and the government have created at least $6 trillion in new money in the span of a mere 18 months according to official estimates. Foreign holders of dollars are losing buying power the longer they continue to keep these reserves. It’s only a matter of time before they begin to liquidate on a large scale. As this happens, all those dollars held overseas will come flooding back into the U.S. and with them comes crushing price bubbles.

I believe incredibly high shipping prices are in part a representation of dollar devaluation. If I am right, then shipping and container prices will remain relatively high compared to pre-pandemic and pre-stimulus levels even as retail demand falls. The falling dollar might not be immediately visible to the public or markets, but the supply chain burdens and price spikes will be punishing American consumers from now on.

Sheltering from the stagflation storm

The solutions are rather straightforward, but with far reaching social implications and a loss of power for the establishment, which is why they will never happen peacefully:

The powers that be clearly benefit from economic disaster in the U.S., so applying any practical fix would be contrary to their agenda. The more economically destitute a population becomes, the more desperate they are. The more desperate they are, the more they tend to submit to control on the promise that they will be secure in the necessities of life. A hungry citizen is a compliant citizen. And a broken supply chain is a great way to inspire such fear.

This requires actions outside of the system to insulate local and state economies. If the goal is economic instability through supply chain disruption, then Americans will have to create their own supply chains closer to home. This means local production and manufacturing of goods, localized trade systems, alternative currencies (backed by commodities) or physical gold and silver and resource management outside of federal regulations. In other words, complete decentralization is the answer to the conundrum of government imposed chaos.