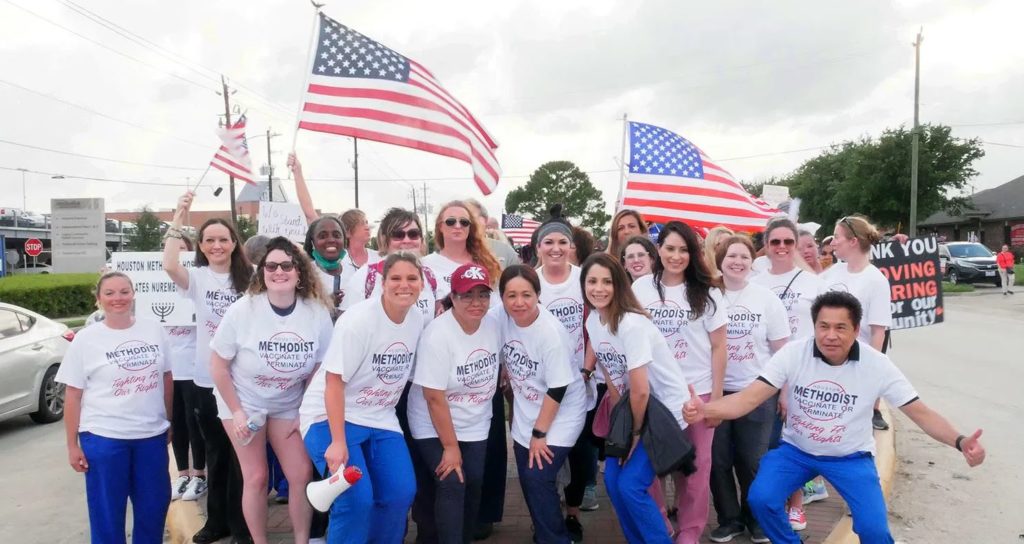 On Monday June 7, 2021, hundreds of nurses and supporters gathered at the Baytown Methodist campus east of Houston, Texas to protest the hospital’s firing of nurses who say no to the COVID shots. Derrick Broze documented and interviewed nurses and a doctor.

Thanks to the nurses and employees who are standing up for their rights!