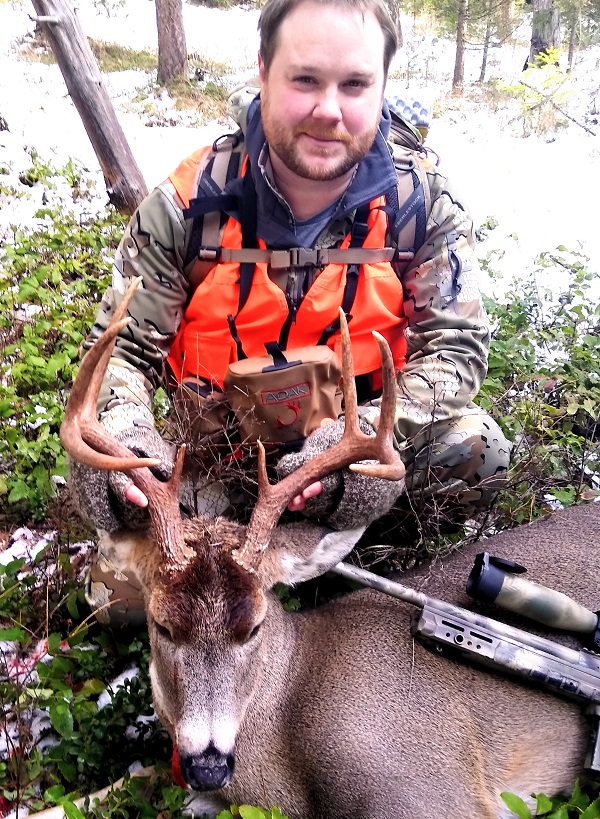 As regular readers at Alt-Market know, I am an avid hunter and I publish hunting tips in my newsletter, The Wild Bunch Dispatch. I believe it is vitally important for a number of reason for preppers to have the ability to hunt for their own food, and there are numerous valuable skills involved in back country hunting. I am a self taught hunter, and if I can learn how to do it, any prepper can.

I haven’t had as much time this season to hunt as I would like, but I have finally filled my 2020 buck tag. A very nice 8 point buck. I had to maneuver around multiples groups of does without disturbing them before I found this guy. Luckily this year I was able to shoot him less than a mile from the truck.  It’s a good feeling to get a tag filled before Thanksgiving, having venison ready for the table,

I only hunt public land and usually solo, but I do on occasion take friends out to help them fill their own tags. The season started VERY slow, with minimal activity, and the deer were not moving very much in higher elevations this year (unlike last year). The rut was also decidedly late in the season this year.

The pandemic situation seems to have greatly reduced the number of active hunters in the field. There were some “truck hunters” this year (guys who drive around but rarely hike into the forest), and out of state hunters were sparse. This is an interesting development because the common assumption among preppers has been that in times of crisis hunting would skyrocket. This was not the case at all, at least not this season.

A strange consequence of the lack of hunting activity is that the animals are not pushed around the woods as much by sounds and smells. There are times when SOME nearby competition can be useful in hunting, as it creates energy and movement.

Overall, it has been a strange season, but being out in the woods alone, sometimes miles from any other people or help, brings clarity. It is the most base and fundamental condition – Being completely reliant on your own skills and observational powers. There is something very peaceful about knowing you are on your own, and it makes you appreciate when, in hunting or in life, you do have help you can rely on.