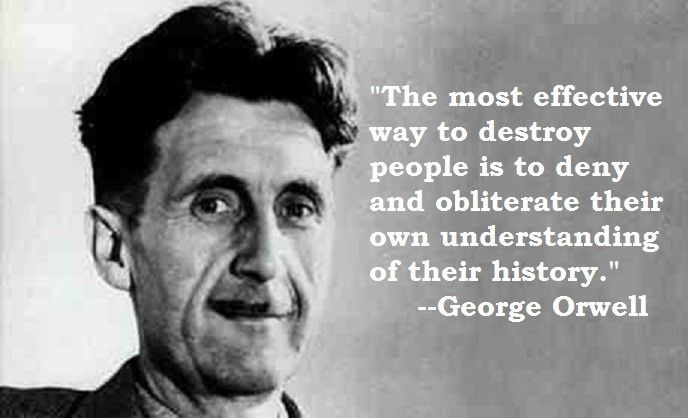 According to an Archive.org blog post, you will now know if a page was pulled down or received an alert over what “fact-checkers” consider “misinformation.”

This also includes “dead” web pages that were archived. The Internet Archive has started adding fact checks and context to Wayback Machine pages to explain just why the pages were removed. If a page was part of a disinformation campaign or pulled due to a policy violation, a distinct yellow banner will explain why.

The fact checks will come from a variety of mainstream outlets, including FactCheck.org, Politifact, the Associated Press, and the Washington Post. Which absolutely in no way will be manipulated, right?

Of course, that’s obvious sarcasm, as those controlling what is and isn’t disinformation will be the wolves guarding the hen house so to speak. A good question to ask is how does Archive.org treat verifiable information like the Bush administration lying about WMDs, the Al-Nayirah testimony lie that almost sunk us into a war with Afghanistan or the validated conspiratorial facts surrounding 9/11, like the hijackers being given Visas from the Saudi Arabia consulate, as documented by Michael Springmann, who worked as the Head of the Visa Department at the CIA’s consulate in Jeddah, Saudi Arabia.

Springman isn’t the only intelligence official who alleges the attack was allowed to happen. In addition, two veteran FBI investigators, FBI Agents Wright and John Vincent were told to back off investigating the Saudis and Osama Bin Laden, who was a CIA tactician expert used against the Soviet Union in the 1980s.

If that’s not enough, what about former CIA PROMIS whistleblower Michael Riconosciuto warning Colin Powell from prison months prior that 9/11 was about to take place through a liaison, his friend and one of my former sources, former FBI senior agent Ted L. Gunderson. All of these are factual holes in a story that if dared to be peeled back will reveal shocking secrets the U.S. government would rather keep hidden. How about the recently exposed lies about Syria’s chemical weapons attack in Douma 2018 whistleblown by several members of the Organisation for the Prohibition of Chemical Weapons, revealed by WikiLeaks?

The one thing in common all this information has is that it could harm the U.S. and what’s often reflected as “National Security” — in other words, inconvenient truths that could hurt the government’s narrative on a story.

Guess what? It was recently revealed this year amid all the CV-1984 chaos that Saudi Arabia was involved in the attacks. The Federal Bureau of Investigation (FBI) accidentally disclosed the name of a Saudi diplomat suspected of directing support to two al-Qaeda hijackers in the September 11, 2001 attacks, Yahoo News reported.

Of course, if you follow Activist Post, we told you that court documents had revealed the Saudi Arabian embassy in Washington may have funded a “dry run” for the hijackings carried out by two Saudi employees years ago.

Archive.org hopes users will “better understand what they are reading” in its archives run by government stooges who would likely flag this information as disinformation on 9/11. The website also says it strives for neutrality — one banner for context explained that including a page in the Wayback Machine “should not be seen” as endorsing the content. However, if you are pushing your opinion on someone else you are effectively endorsing the ideas of one of your fact-checkers.

Fact-checkers have seen a lot of flak lately as they are exposed for doing nothing more than pushing their bias or information spinners for clicks. For example, this author wrote for The Mind Unleashed earlier this year that a scientific phenomenon known as an “air burst” was warned by NASA for near-passing asteroids above the Earth. The fact-checker for Lead Stories then defamed this author by spinning a perfectly normal article going through what an “air burst” is, why an atmospheric explosion could occur if the asteroids came closer enough to Earth and what protections NASA was working on for the future. Which, by doing so, they made a scientific article with more citations than most of these fact-checkers can dig up for their day jobs, into a malicious article. When in reality the malicious article was actually the fact-checkers responding article which when confronted about their erroneous defamatory remarks they refused to correct it; as such, this writer lost a job.

Giving someone the power to fact-check with no accountability to anyone is a lot like giving someone a badge and hoping for them not to abuse their power over others. Oh wait, we have witnessed a lot of that this year. While you may view the metaphor of comparing fact-checking to police brutality as silly, there’s actually no better comparison as the fact-checkers treat information and those putting out unfortunate dark truths exactly the same way that police treat civilians, by beating the shit out of them. Albeit one is physical and the other is less direct, the fact still remains that fact-checkers bully their competition and act exactly as law enforcement does with a power mentality complex that they are above everyone else.

Implementing a fact-checking solution that is a centralized mechanism powered by journalists they could easily control is certainly the CIA’s wet dream, as a CIA director was once quoted stating that once the public’s perception is confused about what is real and what is propaganda then their mission would be complete. Now you might think the CIA owning journalists is conspiratorial, but it happened with MKultra’s Operation Mockingbird and was showcased again in 2001 after 9/11, with every media outlet and their grandmother saying Iraq had WMDs, a blatant blunt lie.

“We’ll know our disinformation program is complete when everything the American public believes is false.” CIA Director William Casey during the first meeting of President Ronald Reagan’s Cabinet, as cited by CounterPunch.

The other issue that is less conspiratorial, and one that needs to be highly considered is, what if the human doing the fact-checking lacks the proper skills to dig up information online, as not everyone is as skilled as this author when it comes to finding documents and data.

Activist Post has previously shown links between one such fact-checker, NewsGuard ,and the intelligence community. The fact that anyone wants to police information like they are the Ministry Of Truth should scare the living shit out of you. However, the truth is scarier than you can even imagine. Especially when it comes to 9/11, which if you want the truth add up all the available public information to determine what really happened, an attack that was not only allowed to happen but it was helped along and you would still have unanswered questions. But of course, the fact-checkers have all the answers right? Let’s go to war fact-checkers.