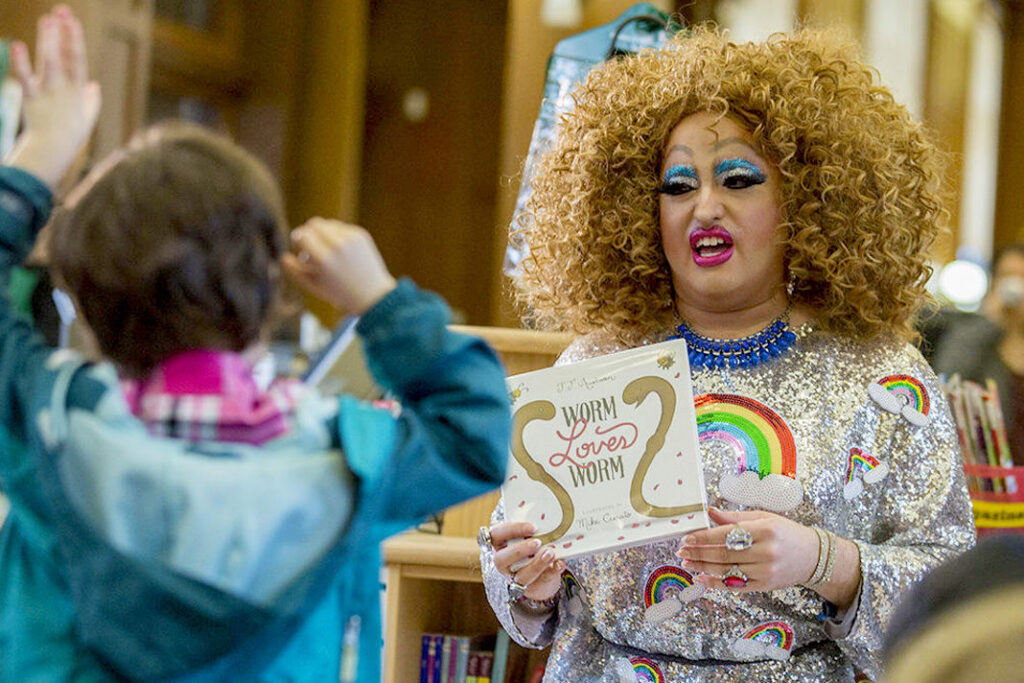 Why would someone be enraged by a law that prevents teachers from exposing children to sexual indoctrination and demands parents are kept in the loop on classroom lessons? It’s obvious; they’re mad because they like the idea of grooming kids and they don’t want the process interfered with in any way.

First, however, I think we need to understand what grooming really is, and it’s not only about sex. One of the most pervasive cancers within our society today is social justice based communism. In every way the ideology is predicated on lies and disinformation, but this deceit is merely a tool to achieve an end goal – The reeducation or brainwashing of future generations into the leftist fold.

Leftists often talk about notions of “community,” but community is a voluntary structure. When they say they want “community” what they really mean is that they want collectivism, and collectivism is by definition NOT voluntary but forced through violence or coercion or propaganda. To these ends, leftists seem to have gravitated like sharks into the public school system, specifically to prey on the easiest targets in the ocean; your children.

I’ve recently heard the argument that the Florida bill should not be called an Anti-Grooming bill because “not all gay people are groomers.” I don’t think anyone made that claim anyway. What we are saying, though, is that all SJWs are indeed groomers and this is the root problem.

They have been doing this in subtle ways for many years, but in the past 5 years their methods have become rather careless and obscene. The grooming of children in today’s public schools is not only relegated to sexualization, it also involves ideological molding and cultism. When leftists refer to Florida Bill 1557 they call it the “Don’t Say Gay Bill,” but this has nothing to do with the basic notion of homosexuality, this is about the political weaponization of homosexuality and transexuality (among other things). This is about using sexual orientation to propagandize children and create new little soldiers for communist social justice.

Just as I have said many times in the past when it comes to pop culture and movies, the existence of gay people or “diversity” is not the problem, it’s the communism that’s the problem. We don’t want your communism infecting our entertainment and we certainly don’t want it around our children. Set aside the fact that there is no science whatsoever to support the concepts of gender fluidity that are usually addressed in these lessons.

Some Florida teachers and SJWs are up in arms this week as Governor Ron DeSantis signs the dreaded 1557 bill into law. The claim? That this bill is somehow a violation of their free speech rights. Watch the news report below for an example:

First, I think this needs to be said – Public school teachers are not important. I’m sure there are many good ones out there and this is not an attack on them. What I am saying is, the glorification and worship of teachers is out of place in our society and completely overblown. At some point along the line leftists in particular decided that teachers are the emissaries of moral order and equity and their jobs should be treated as sacrosanct. This is nonsense.

Teachers are mere employees of the district they work in, that is all. Parents pay the taxes that pay their salaries. The parents are the employers, the parents are the boss and what they say goes. Teachers need to understand this; the parents own you, so get used to the idea. You are not special.

Furthermore, the views expressed in the interview with the gay Florida teacher above showcase some unhinged misconceptions and assumptions. The new law does not say that a teacher is not allowed to mention they are gay, but frankly, NO teacher should be discussing their private lives with their students anyway. At no point in my childhood did I ever hear a teacher talk about their home lives or who they were sleeping with; this is a new trend within the past decade. Not long ago teachers specifically avoided such idiocy in order to prevent rumors from circulating through the school halls about them.

And yes, we did have at least one gay teacher, and he never discussed it in the classroom, ever. His job was not under threat for doing so, he was just a professional.

This kind of professionalism is not acceptable to leftists because they view the classroom as more than just a place of academia, they view it as a place for engineering conformity, as well as a personal therapy bubble for themselves. I can’t count how many videos I have seen in the past few years of teachers “coming out” to their students in a desperate play for attention and applause. The narcissism inherent in this behavior is stunning. Teachers have turned their classrooms into environmental extensions of their own mental deformities and insecurities and now lay these problems in the hands of students.

The invasion of trans and gender fluid rhetoric, along with critical race theory, is at times about the ego of the teacher, but it is also at times a game meant to inspire submission in the group. When a teacher walks into a classroom and starts bloviating about their sexual identity and pronouns looking for approval from the children, how often are those children allowed to disagree with the concepts? When they do disagree, how often do these teachers use their position of authority to hound these students into silence or submission? How often do teachers inspire mob mentality in other students and encourage them to go on the attack against any kids who don’t conform?

The interesting thing about all this is the SJW response to being called out, or being caught. Even after years of bragging about how they are indoctrinating children in their classes all over social media, they will inevitably claim that laws like those implemented in the Florida bill are pointless because the agenda “doesn’t exist.” That’s right, all that excited blabbering on twitter and Tiktok about luring kids into gender bending and the religion of pronouns, and suddenly conservatives are just “overreacting” or “paranoid?” In countries like Canada, LGBT indoctrination is the norm in some schools and has been for several years, yet we are supposed to believe that there is no plan to do the same in the US?

LGBT activists have declared in the past that they are “coming for our children.” The typical M.O. of leftist activists is to openly admit their agenda and then when they get blowback they didn’t expect they claim it was all “satire.” You remember this little gem of a video?

Leftists say this is all little more than a joke, but their actions say otherwise. Monty Python is satire. Blazing Saddles is satire. The above video is definitely not satire. Leftists in our modern era have no understanding of satire so the argument rings pretty hollow. They do understand gaslighting though, and when all else fails SJWs exploit this common fallback. It’s in their nature to lie while doubling down.

At bottom, if there is no need for the Florida law to exist because there is no indoctrination going on in classrooms, then these teachers have nothing to worry about and should not be complaining. Why complain if there is no agenda?

It is here that I think we need to address a bigger issue which SJWs often screech about, and that’s the idea of “Gatekeeping.” I’m going to say it right here and now: GATEKEEPING IS GOOD. It always has been and it always will be. The idea that we must be accepting of everyone all the time is foolish and insane. Some people are not compatible with truth or with reason, and they need to be kept away from vulnerable institutions such as schools and away from innocent children that make up the lifeblood of our future.

The conservative argument has always been that not all change is good, and not all change is progress. Some changes are regressive rather than progressive. Some changes are simply designed to do harm, and some people are simply evil. Discrimination in some respects is absolutely necessary in order for our core values and principles to survive. There are times when discrimination is necessary for our very nation and culture to survive.

Leftists always turn to the old standby argument when they are faced with the prospect that the culture at large does not want them around; they cry that “We live in a democracy” and inclusion is somehow a prerequisite. In other words, if you go against them you are going against your own values of freedom. This is nonsense.

We are not a democracy, of course, we are a democratic republic and there is a big difference, but that is a discussion for another article. According to the non-aggression principle, freedom does not apply to the people that are trying to destroy it. Leftists do not get to target freedom for destruction and then cry victim and proclaim their love of freedom when people get in their way. Gatekeeping is good because certain pillars of our society need to be kept inoculated against the destructive methods of the political left. These people do not belong here. They do not deserve freedom, and they do not deserve to live among people that actually love freedom.

The debate on anti-grooming is really a debate on the necessity of gatekeeping. Leftists support it when they think they are in control and they attack it when they think it’s going to be used against them. I can’t imagine any area of our culture more vital to protect than our children; and this is where gatekeeping must be employed with full force and without mercy. Florida is doing it right, let’s hope the rest of the country follows their example.