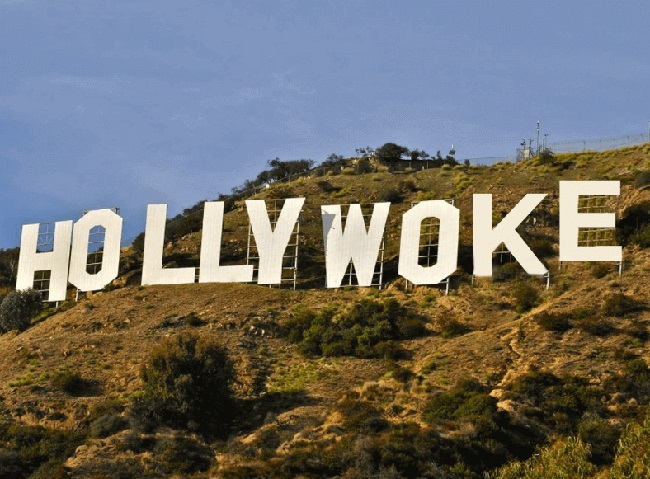 I have been writing about the concept of decentralization since around 2006, well before the threat of the woke takeover and the culture war became obvious. The idea is a rather simple one (most ideas that work are simple):

If the corrupt system does not or will not provide what the public needs or wants then the public should provide those necessities for themselves. If they are successful then the system has two choices – It can fade away quietly as the decentralized economy takes over, or, it can try and STOP the public from building their own production using force. If the system uses force, then it exposes its true nature as authoritarian and it encourages rebellion. One way or another, the corrupt system will be eliminated.

We have already seen this with the alternative media over the past decade. When I started my first website (Neithercorp) 16 years ago, there were very few of us out there presenting the truth to the public and the mainstream media was still very much in control of the narrative. Today there is an endless array of alternative news websites and YouTube channels and the MSM is utterly dying (except maybe Fox News). Their audience numbers are crumbling while our audience numbers are rising. We are winning the news war because we offer something they don’t – The facts.

The alternative media has proven that decentralization can and does work, but there are many other areas of our culture which have not been decentralized in the slightest. Most popular media is still well under the control of people that espouse extreme cultural Marxism and globalism. Woke ideology is a communist-like movement and such movements spend a lot of time and energy seeking to disrupt the foundational culture of a nation. They do this because once the old culture is in ruins they can then introduce their own aberrant and tyrannical culture in its place. They are culture killers, and they do this deliberately because it is a methodology for gaining power.

Proponents of woke ideology will claim that they have nothing to do with Marxism or communism (while openly admitting they are trained Marxists). They will claim that Marxism and communism are purely economic movements. This is a lie. All communism is predicated on cultural destruction; this is a historic FACT. We can see parallel similarities between the social justice movements of today and movements like the Cultural Revolution in Mao’s China from 1966 to 1976. Any heritage, media or religion that competes with the communist model is targeted for erasure and this is what is happening right now in America.

In terms of western entertainment the methods are rather predictable – Leftist try to avoid producing their own original content if they can. Why? Because most of them are pathetic storytellers. Why? Because narcissists don’t have imaginations. Instead, they take existing stories and hijack them as vehicles for their propaganda.

They exploit an established franchise that people love and then reboot it. The reboot uses the name and nostalgia to lure in audiences. But the story and characters have no resemblance to the original mythos or lore, and audiences soon discover that their beloved characters are being murdered right in front of them. I suspect this is done with a particular element of joy, as leftists take pleasure in destruction far more than creation.

They will inject as many aspects of “critical theory” into every product that they get their hands on. This means diversity quotas in stories where it makes no sense. They claim that every movie, TV show, comic and video game must “reflect our modern world.” Translated that means: They think they get to determine what represents the “modern world.” Their movement uses minorities as a shield from criticism. If you don’t like their propaganda, then you must be “racist.” They think they own all minorities and rage against any black or brown person that leaves the leftist plantation.

They force concepts of “equity” into every production. We already have equality of opportunity in the west, so, they had to invent a new terminology that demands equality of outcome. Equity is about special treatment and protections for any group that serves leftist interests at the time. It’s about forcing people to give up what they have worked so hard for, what they have earned through merit, and making them hand it over to the system for redistribution to the loyal soldiers of the system. You are supposed to subsidize your own enslavement.

They flood all entertainment media with LGBT and gender fluidity agit-prop. The concept of the nuclear family is erased in favor of over-representation of a tiny minority of people, and some of these people never asked to be “represented” by the political left anyway. Leftists don’t care. They have anointed themselves as the shepherds of all “marginalized” groups. If you are gay then they own you and they own your successes. You didn’t build it, they did. The vast majority of new media is overwhelmingly gay to the point that many Americans in polling actually believe that around 25% of the population is homosexual.

Finally, globalism is the overarching religion of the left, and this destructive concept is making its way into many media products. The notion is that all ideals and beliefs deserve to be respected equally – This is a lie. Not all ideals are equal, and some beliefs are psychotic.  Beyond that, leftists don’t respect all ideals equally; they despise concepts like freedom, meritocracy and decentralization.

Globalism is the worst idea imaginable. Many tribes is a good thing, because discrimination helps humanity to separate and survive against immoral and destructive groups that seek to covertly or overtly homogenize.  The last thing we need is grotesque globalist cultism invading our entertainment.

So, how do we fight back?

Conservatives, libertarians and liberty minded people have finally started to take the culture war more seriously, but now we need to take action to stop the saturation of leftist propaganda within our media. This means we need to produce our OWN media, including entertainment media.

For decades, conservatives ignored the danger of leftists infecting pop culture, movies, television, comic books and video games. Many believed that these things were downstream from politics and that as long as we held our ground in the political arena everything would be fine. This was a huge mistake. Pop culture is not downstream from politics, both flow in tandem with each other. If you think that movies, video games and comic books are just meaningless “nerd stuff,” then you have been duped. Younger generations are highly influenced by such content.

I covered this idea briefly in a recent article on Amazon’s defilement of J.R.R. Tolkien’s Lord Of The Rings books and their upcoming travesty of a series called “The Rings Of Power.” I noted that the massive negative fan reaction to Amazon’s woke plans indicated a sea change in the way Americans are viewing the entertainment they consume.  They are no longer passive, and this is a good thing.

They are fighting back against the propaganda implanted into these shows and movies but they also need non-woke stories to fill the void. If you don’t offer them an alternative, then they might just watch whatever is put in front of them. The brainwashing will be perpetual.

Some courageous individuals and companies are taking steps to build an alternative entertainment media, but we need far more. Ben Shapiro’s Daily Wire is fighting back with their own film production company, and from what I have seen so far the movies they have made are top notch.

Libertarian and YouTuber Eric July has recently launched his own comic book company and comic world called the “Rippaverse.” The company’s first comic book release has already garnered around $3 million in purchases, which proves that yes, there is indeed a market for this type of content and people are hungry for any media which is not woke.

Eric July has since been attacked relentlessly by the mainstream media (yes, over a comic book). As have I noted when it comes to decentralization, once the system attacks you, you know you are a threat to their power. They attack because they are afraid.

Comedian Andrew Shulz decided to buy back his own comedy special from an unnamed streaming service because they sought to censor his anti-woke jokes. He is now offering the special (called “Infamous”) on his own website.

We definitely need more of this. More creators taking a stand and building real alternatives to Hollywood and the woke corporate cabal. If you can’t stand leftist media and would rather watch nothing, then maybe it’s time for you to make the kind of content you would like to see?

I am going to be putting my money where my mouth is very soon and releasing my own comic book campaign. I have been working on the project for around 3 months and have put together a great team. I hope to release the campaign in a couple of weeks. My feeling is that if I can tell an entertaining story, then I should. I want to continue with my economic and political analysis, but I also think it’s important to provide people with mental relief and a short escape from some of the harsher realities of our times.

Leftists and woke corporations do not want you to be able to escape. They want their ideology in your face 24/7 until you give up and submit.

The existing franchises that we used to take for granted when we were children are gone; they are all owned by people with dishonest intentions that hate American culture and want to see it debased into oblivion. We have to accept this fact, move on from the old stories and old content, and make our own. We have to become the new sages and storytellers of our age because no one is going to do it for us.

Some people might argue that all of this is meaningless. Why worry about media and culture when we are in the middle of an economic crisis? What these folks don’t seem to grasp is that part of the reason we are in this mess is because we allowed our own cultural decline. We became apathetic in our vigilance and let mentally and ideologically unstable people take over platforms of influence. No longer. Their time is coming to an end. We are going to take it back; every piece of it, and we will do that by building a decentralized media army from the ground up.