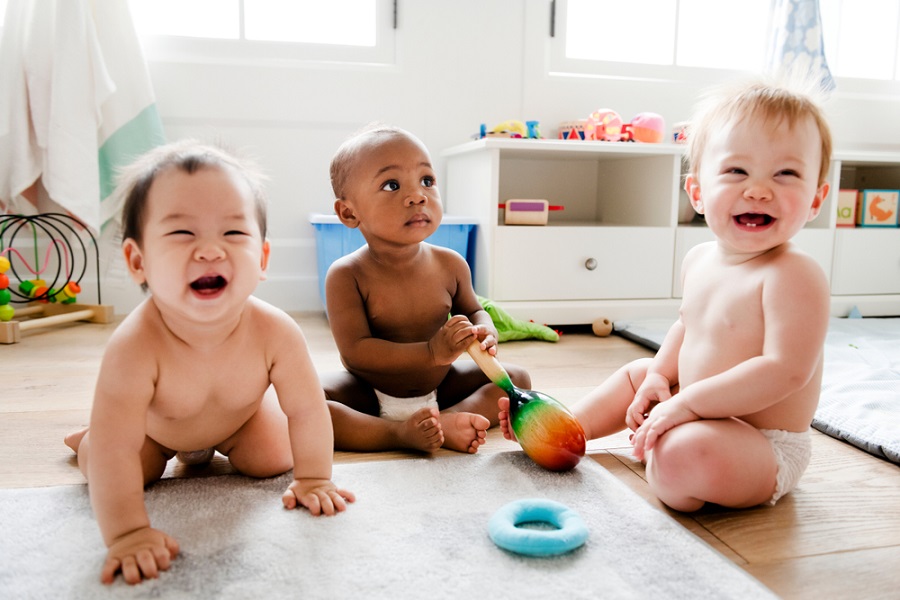 “If they’re eight, it’s too late” has long been NAMbLA’s infamous credo. Now it’s perhaps also being embraced by a different child abuser: the Arizona Department of Education. It warns that babies exhibit the first signs of “racism” at three months of age and that white children, darn those little privileged things, are especially racist. The department also says that because of this, kids are never too young for its social-engineering-oriented remedies.

Pro tip: Anything labeled “equity and diversity” — two far-left code words — is toxic by definition and should be scrapped out of hand. Moreover, that such social engineering is present even in GOP-run states evidences how low our nation has sunk (see my recent piece on demoralization in America).

In fact, the Arizona Department of Education (ADoE) doesn’t even get an A for creativity; its baby-racism theory is old news. For example, a Telegraph headline in 2014 already read “Babies show racial bias, study finds,” and the University of Toronto reported in 2017, “Racial bias may begin in babies at six months, U of T research reveals.” Moreover, Britain’s National Children’s Bureau warned play leaders and nursery teachers in 2008 that toddlers who say “yuk” in reference to unfamiliar foreign food may be guilty of a “racist” act. Seriously.

Second, however, social scientists have long observed that people have, quite naturally it appears, what’s called an “in-group” bias in which they gravitate toward those like themselves. Note here that a “bias” is not negative by definition, but can be synonymous with “preference.”

Furthermore, a mother in the video below made some excellent points while discussing the aforementioned 2017 study.

The mother said that her son, who was on her lap, preferred women over men. “Does that mean he’s sexist then?” she asked. A more likely explanation, she suggested, is that the preference exists because at such an age babies’ mothers are their whole world.

The woman also said that her son preferred children his sister’s age, four, over people other ages. “Does that then mean that he’s ageist?” she asked.

Her point was that babies gravitate toward the familiar.

Making another point is commentator Thomas Lifson. After telling us that the head of the ADoE is one Kathy Hoffman, who bills herself as a speech-language pathologist, he then writes that since she “is a specialist in the early years of childhood and language, I would like Supt. Hoffman to explain how a 3-month-old can understand any words about racism, including any words that might be aimed at counteracting what her department obviously believes in an innate sense of racism peculiar to Caucasians.”

“By the way, do Native American and Asian 3-month-olds need similar training?” Lifson continues. “Are they also inherently racist? If so, toward whom?”

Well, we know who the Racism Police are racist toward. As the Federalist wrote last month, when progressives talk about eliminating “whiteness,” “they mean ‘white people.’” In this vein, when the ADoE (and others) talk about cultivating an “antiracist white identity,” they actually mean creating guilt-ridden, and preferably self-hating, white people.

For the record, I don’t believe all the “scientific findings” the ADoE presents. But the deeper issue is that this “anti-racism” obsession reflects a skewed conception of moral reality.

Note that because of our fallen nature, human beings commit many sins. “Racism” is just one of them — a sub-category of one of the Seven Deadly Sins: wrath. It’s not the end-all and be-all. So in America today, it’s reasonable to ask how big an issue racism is compared to other manifestations of wrath and the other deadly sins (I examined this here.): greed, sloth, gluttony, pride, envy, and lust. Is “racism” really a major problem, or is it serving to divert our attention away from our major problems?

By the way, a study late last year found that the United States is among the world’s least racist nations. So, no, “racism” isn’t one of our characteristic faults. But talking incessantly about racism may be.

The remedy for that is simple: shut-up.