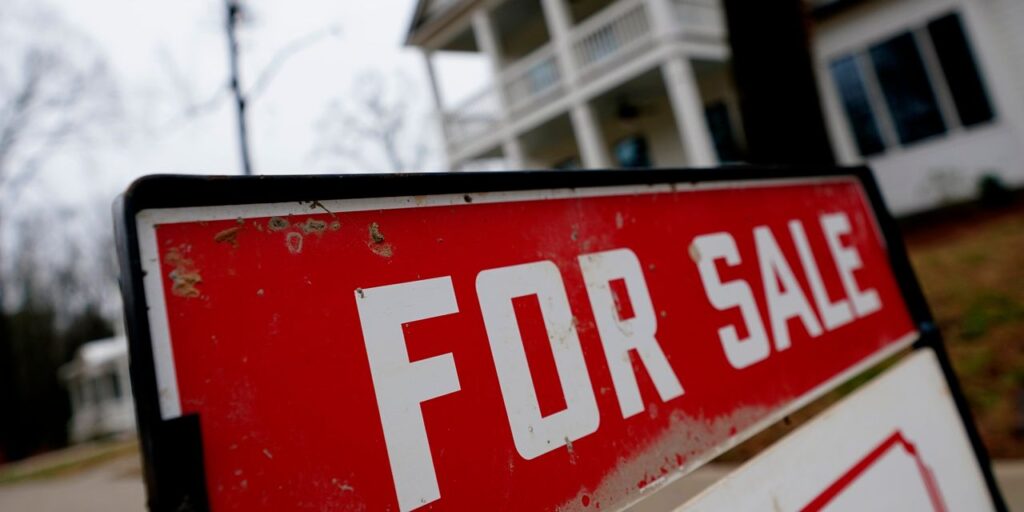 While 17.4 million people are still claiming some kind of state or federal unemployment compensation, as the delinquency rate on FHA insured mortgages hit a record 17.5% and 2.3 million mortgages are still in forbearance, the beneficiaries of the Fed’s monetary policies are treating homes as leveraged investment vehicles with huge returns on equity. And people are buying homes and moving into the new home without putting their old home on the market to ride up those prices, documented by an explosive surge in second-home mortgages, leading to starved inventories and more surging prices… and yet, sales plunged again.

In March, sales of existing homes  – single-family houses, condos, and co-ops –  dropped by 3.7% from February after the 6.3% plunge in February from January, to a seasonally adjusted annual rate of 6.01 million homes, the lowest since August, the National Association of Realtors reported today. Compared to March 2020, sales were up 12.3%. The past two months have now unwound the entire sales spike since last summer (data via YCharts):

Why are sales dropping in this crazy market?

Mortgage rates. In January, February, and March – the time frame of the sales that closed in March – mortgage rates were rising, with the average 30-year fixed rate mortgage hitting 3.36% in early April, up from 2.9% in mid-December, according to the Mortgage Bankers Association. This made homes, whose prices had shot up, suddenly a lot more expensive, pushing them out of the affordability range for some buyers.

Buyers’ strike? There are some indications, anecdotally mostly, that some buyers are saying, forget it, I’m not participating in this zoo of insane bidding wars on homes seen only on video with all inspections and contingencies waved, with the winner (or the loser) agreeing to pay ludicrous amounts over asking. Terrible deals are made in great times, and there hasn’t been a better time to make terrible deals.

Inventory of homes for sale late last year and in January this year had plunged to a record low in the data going back to the 1980s. In February, it remained at the low of 1.03 million homes. And in March it ticked up 3.9% to 1.07 million homes, and supply ticked up to 2.1 months at the March rate of sales (data via YCharts):

But forget the rule for a balanced market = four to six months’ supply. That used to be the rule of thumb, now obviated by technology that is speeding up the process of selling a home. The time a home sits on the market waiting for processes to take place has shrunk, and thereby the inventory of homes for sale on any day has shrunk, which is depicted in the 12-year decline of inventory for sale in the chart above – but two months’ supply is still very tight.

Waiting for shadow inventory to come on the market.

Those vacant second homes that people have left behind when they moved to their new digs, are now being used as a highly leveraged investment vehicle to ride up the surge in home prices for huge returns on equity.

No housing market is equipped to handle the perversity of vacant homes being used as leveraged investment vehicles to generate capital gains just by sitting there.

But these vacant homes are part of the shadow inventory. When owners decide that it’s time to take profits, they’ll put the homes on the market whereby they move out of the shadow inventory and into the inventory for sale. But since these homes are vacant and the owner lives somewhere else and doesn’t need to buy another home, it adds inventory without adding demand from the seller (who already lives in a home and doesn’t need to buy another). This would be the opposite of what has been taking place, and the effects of this would be the opposite too.

EDITOR’S NOTE:  Another factor to consider is overall price inflation and stagflation.  Prices may continue to rise on properties (outside of major cities) because of dollar devaluation as well as increased costs for building and maintaining homes.  Even with falling demand, stagflation does not follow the normal economic rules.  When governments and central banks intervene in natural financial processes like deflation, this creates an upside-down market environment, and chaos arises.  We are just seeing the beginning of this in the US, in my opinion.