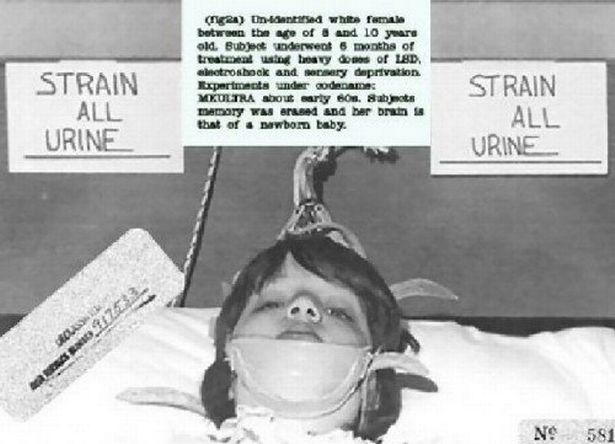 According to a new documentary out of Denmark, which interviewed former victims, the Central Intelligence Agency secretly carried out experiments on 311 orphaned children. The experiments were meant to reveal psychopathic traits and map out the link between schizophrenia and heredity. According to the report, the children were tortured in clear violation of the Nuremberg Code of 1947 that introduced ethical restrictions for experiments on humans.

Hundreds of Danish orphans were unknowingly used in experiments backed by the CIA, according to Danish Radio, reporting on a new documentary called “The Search for Myself.”

According to the report, the experiments began in the early 1960s and spanned the course of two decades. They were conducted to investigate the link between heredity and environment in the development of schizophrenia. However, the children were not told what research they were involved in. Not even after the experiments ended. It was also funded in part by a CIA front associated with the MK-Ultra program.

Eerily, the examinations took place in a basement at the Municipal Hospital in Copenhagen. The director and producer of the documentary, Per Wennick, was actually a victim of the CIA and subjected to these experiments as a child. In the documentary, he recalled being placed in a chair, getting electrodes put on his arms, legs, and chest around the heart and having to listen to loud, shrill noises, which attempted to incite a psychological response.

“It was very uncomfortable”, Wennick told Danish Radio. “And it’s not just my story, it’s the story of many children.” By his own admission, he was promised “something funny” before being taken to the hospital. “I think this is a violation of my rights as a citizen in this society. I find it so strange that some people should know more about me than I myself have been aware of.”

According to historian, PhD, and museum inspector at the Danish Welfare Museum, Jacob Knage Rasmussen, this was the only known experiment in Danish history that used children under state care for research — and it was funded by the CIA in violation of the Nuremberg Code.

“I do not know of similar attempts, neither in Denmark nor in Scandinavia. It is appalling information that contradicts the Nuremberg Code of 1947, which after World War II was to set some ethical restrictions for experiments on humans. Among other things, informed consent was introduced, which today is central to the world of research”, Knage Rasmussen told Danish Radio. He emphasized the vulnerability of the group in the custody of the state, who had nobody to complain to.

According to Danish Radio, the idea to experiment on the vulnerable children came from American psychologist Zarnoff A. Mednick, who was then a professor at the University of Michigan.

According to Wennick and the National Archives, the research project was co-financed by the US health service. In the first year alone, the project was supported with what today corresponds to DKK 4.6 million ($700,000). It also received funding from the Human Ecology Fund.

The Human Ecology Fund was a CIA funded operation through the Cornell University College of Human Ecology Society for the Investigation of Human Ecology to support covert research on brainwashing. It was also connected to research under the MK-Ultra program in which social scientists, including anthropologists, were led (mostly unwittingly) to provide input into interrogation techniques still in use today.

Danish psychiatrist Fini Schulsinger dedicated his doctoral dissertation to the experiments in 1977, titling it, “Studies to shed light on the connection between heredity and environment in psychiatry.”

While researching for the documentary, Per Wennick managed to locate 36 boxes at the Psychiatric Centre Glostrup in Hvidovre that detailed the CIA’s unscrupulous child experiments. However, when the center got word of the documentary, they began shredding the documents.

Danish Radio reports that Kent Kristensen, associate professor of Health Law at the University of Southern Denmark, pointed out that the shredding of the documents was illegal.

“I think it’s a huge failure for the former orphanage children who are interested in the pieces of their own childhood to get a total story made about their own lives. That possibility is deprived of them if you shred the research material,” Knage Rasmussen told Danish Radio.

Indeed. It also details the CIA’s depravity and violations of the Nuremberg code. If history is any indicator, however, no one will be held responsible for exploiting these children and it will be swept under the rug, likely escaping any scrutiny by the mainstream media.