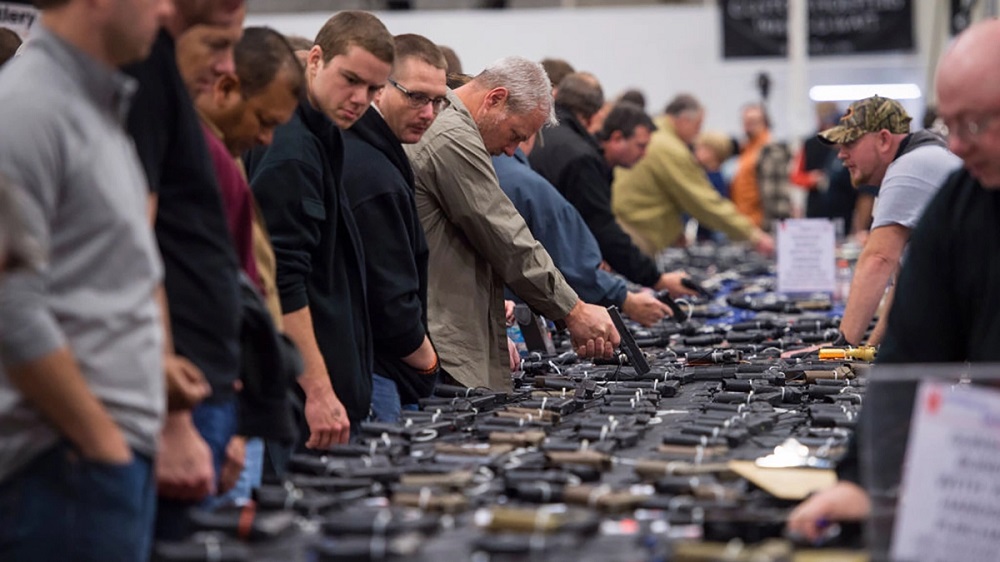 This article was originally published at Planet Free Will

The FBI conducted more than 4.3 million background checks in the month of January, the highest number of checks the agency has recorded in a single month since keeping record.

In total, 4,317,804 background checks were conducted by the FBI’s National Instant Criminal Background Check System (NICS) during the first month of 2021, up over 300,000 in comparison to December 2020, according to agency data.

Data from Small Arms Analytics & Forecasting estimates that 2.2 million firearms were sold in the United Stated in last month, a year-over-year increase of 79% from January 2020.

Mark Olivia, director of public affairs at the National Shooting Sports Foundation, says the rush to get cleared to buy firearms is a direct result of the Biden Administration’s gun agenda.

While we’ve documented what type of action lies at the crux of Biden’s agenda for regulating firearms, and the fact his presence in the White House has caused a shelf-emptying run on ammunition nationwide, it is impossible to ignore that the record NICS background checks happened within the same month that a Democrat member of Congress introduced a gun control bill that, according to Michael Snyder of The End Of The American Dream blog, would, for all practical purposes, “end your 2nd Amendment rights permanently.”

Snyder breaks it down ….

If a new bill that has been introduced in Congress eventually becomes law, the 2nd Amendment will still be in the U.S. Constitution, but for all practical purposes the rights that it is supposed to guarantee will be dead and gone.

H.R. 127 was submitted on January 4th, and if you have not read it yet you can find the full text right here.  It contains a lot of technical language, and so in this article I am going to try to break down what it means very simply.

Now that the Democrats control the White House, the Senate and the House of Representatives, there is going to be a major push to ram through some form of gun control legislation.  If it is not this bill, it will be another one, so we need to be diligent.

One of the biggest things that H.R. 127 would do is that it would create a national firearms registration system that would literally be accessible by anyone…

HR 127 establishes a federal firearms registration system that will be accessible by federal, state, and local governments, including the military – even the GENERAL PUBLIC! The system will track the make, model, and serial number of all firearms, their owners, the dates they were acquired, and where they are being stored.

So if your neighbor, a co-worker, or someone that just wanted to rob your home wanted to know how you were armed, all they would have to do would be to look it up in the firearms registration system.

This bill would also apply retroactively.

Within three months, you would have to report to the government where you bought all of your guns, when they were purchased, and where they are currently being stored.

Needless to say, if the government knows where all of your guns are being stored, it would make it that much easier to grab them from you at some future date.

H.R. 127 would also require all gun owners to be federally licensed.

That would mean that owning a gun would no longer be a right.  Instead, it would be reduced to a “privilege” that the government could take away at any time.

According to the bill, the licensing procedure would include “a psychological evaluation”…

The licensing requirement mandates that the license applicant undergoes a criminal background check, and then submits to a psychological evaluation to determine whether the person is psychologically unsuited to possess a firearm. Successful licensees must show they have an insurance policy which will cost $800.

I know a lot of guys out there that would definitely not want to go through any sort of a “psychological evaluation” by a government-approved psychologist.

And it wouldn’t just be you that would get interviewed.

According to the bill, spouses and other family members would be interviewed as well…

For the psychological evaluation, a licensed psychologist will interview individuals’ spouses and at least two other family members or associates to “further determine the state of the mental emotional, and relational stability of the individual in relation to firearms.” Licenses will be denied to individuals hospitalized for issues such as depressive episodes; no duration for license disability is specified, and it does not matter whether the individual sought help voluntarily.

The goal, of course, is to make owning guns as difficult as possible.

Democrats figure that if they can put up as many barriers to gun ownership as possible, a lot less people will end up owning them.

Thirdly, this bill would also greatly restrict the type of ammunition that you can own…

Finally, HR 127 also criminalizes the possession of “large-capacity magazines” (those carrying greater than 10 rounds) and “ammunition that is 0.50 caliber or greater.”

I know that all of this sounds utterly ridiculous, but the restrictions in this bill actually sound very, very similar to what Joe Biden has been publicly proposing…

During the 2020 campaign, Joe Biden promised a long list of gun control regulations. There is a reason that Michael Bloomberg spent $125 million helping Biden in Florida and something over $600 million nationally in the general election.

The agenda includes: classifying many semi-automatic rifles and magazines holding more than 10 bullets as Class 3 weapons (which can require nine months or more for approval and a $200 fee), national gun licensing, “red flag” laws that let judges take away people’s guns without a hearing, background checks on the private transfer of guns, and bans on some semi-automatic firearms that happen to look like military weapons.

Gun control is very high on the list of things that Joe Biden wants to get accomplished during the next four years.

So like I said, if it isn’t this bill, it will be another one that is similar.

They are coming for your 2nd Amendment, and they aren’t going to stop until they get what they want.

Meanwhile, this is all happening at a time when murder rates all across America are going through the roof…

“Homicide rates were higher during every month of 2020 relative to rates from the previous year,” the report states, calling the 30 percent surge “a large and troubling increase that has no modern precedent.”

We have never seen major city murder rates jump by an average of 30 percent in a single year.

Things are getting really crazy out there, and many believe that 2021 will be even worse.

For almost a year, there has been civil unrest in our cities on an almost nightly basis.  As I write this, civil unrest has erupted in Rochester, New York.  We live at a time when rioting, looting, arson and vandalism have become commonplace, and the senseless violence that we have witnessed so far is just the leading edge of the storm.

Millions of Americans can see what is happening to our society and they are quite concerned.  2020 was a record year for gun sales in the United States, and dealers have reported that demand is extremely strong so far in 2021 as well.

The Democrats do not like this one bit, and they are going to do their very best to put a stop to it.

Please let your friends, family and contacts know about H.R. 127, because an all-out attack on the 2nd Amendment is coming, but at this point most people are not even aware that it is about to happen.