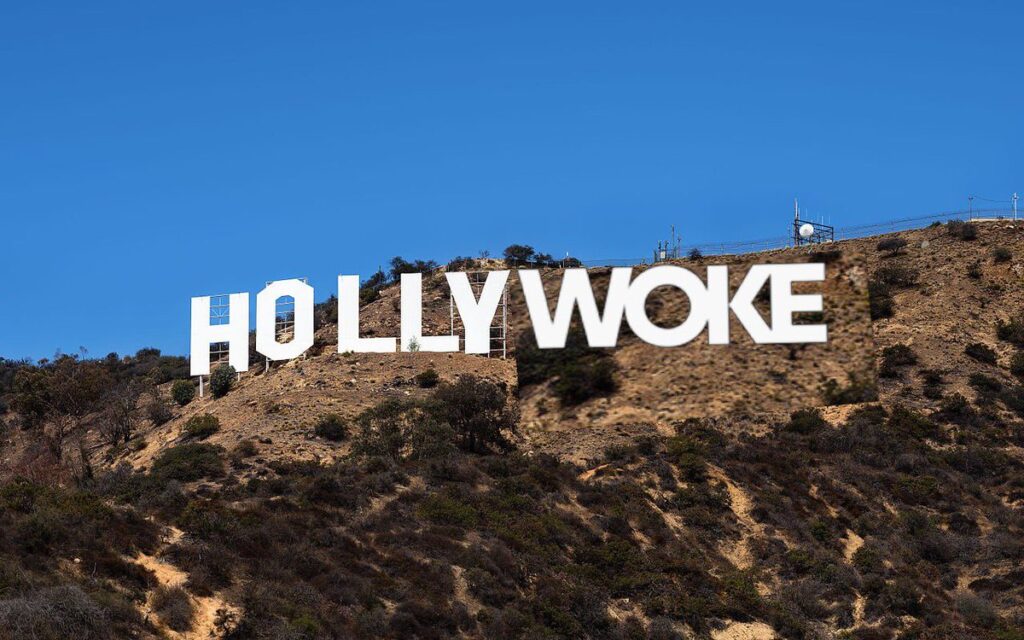 I rarely write about Hollywood or the film industry, primarily because there is a vast array of analysts and YouTubers in the alternative media that discuss the bizarre behaviors and trespasses of Tinsel Town on a daily basis. They usually have it covered. That said, every once in a while I find that events in Hollywood reflect a much more pervasive dynamic in our culture and that the bigger picture needs to be addressed.

I also want to be clear that when I talk about “Hollywood” I am not only referring to the place; I’m referring to the entire corporate empire. I’m including Netflix and other streaming companies that may not work completely out of LA. They are all funded and run by the same people anyway.

Hollywood and the corporate cabal behind it have long sought to be the center of America’s cultural universe. In other words, they are seeking to pervert the natural dynamic so that life imitates art instead of art imitating life. And, if they control all the art then they control people’s perceptions of life.

The concept of “Manufacturing Consent”, posited by people like Noam Chomsky, plays a role here, but I think it goes far beyond that. Rather, Hollywood seeks to not only manufacture consent from the public, but also to manufacture the public’s relationship to reality. They don’t just want us to keep our heads down and begrudgingly accept their ideological zealotry; they want us to believe that their way is and always was the ONLY way.

What I see in the film industry and in the corporate world in general today is complete and unfettered propaganda. We have moved beyond the phase of subversively hidden manipulations to a new stage in which the propaganda has become blatant and aggressive. Almost every new movie and television series, not to mention most commercials, are rife with leftist distortions. You will be hard pressed to find any content these days that does not push ideas like:

2) Mentions of patriarchy and “white privilege”.

3) Ridiculous exaggerations of racism in America (as if nothing has changed since the days of Jim Crow).

4) Oppression of women, rape culture, etc. as if all the tenets of first and second wave feminism have not already been accomplished. Depicting oppression of women where none actually exists.

5) Women consistently portrayed as overtly masculine with traits and abilities that defy their biology.

9) Forced and unrealistic diversity, which misrepresents the actual statistical racial make-up of the US population and other Western nations.

10) Saturation of gay and Trans representation – A tiny percentage of the population is made to appear as if it is a vast movement that inhabits every person’s daily experience.

11) Older generations cast as confused and ignorant, or removed from film and television completely.

12) Younger people portrayed as wise leaders “cleaning up the messes” of older generations, somehow blessed with extensive knowledge and experience by mere virtue of their youth.

I could go on and on, but I think you get the idea. “Representation” in itself is not a bad thing, but when it becomes a weapon used to twist fundamental truths for political gain, then it is a problem. None of the concepts listed above are an accurate reflection of the Western world or human reality. Instead, they seek to make the outliers into the mainstream, and they seek to take normal human biological and psychological standards and portray them as aberrant and wrong.

Yes, there are cases where Hollywood is dabbling in fantasy and science fiction and this could be used to rationalize some of their odd depictions. That’s not what I am talking about here. I am talking about force feeding the public an obvious agenda across the full spectrum of storytelling. These are not just movies. These are not just TV shows. This is not just storytelling; this is brainwashing.

Their job is to make the public believe that leftist ideals (or in some cases globalist ideals) are the prevailing ideals. If you see the same lies everyday in every manufactured depiction of life, you might start to think that your more rational, traditional and grounded views are in the minority. You might begin to self censor for fear of being ridiculed. You might even join the other side just to avoid being attacked.

In order to maintain control over the propaganda machine a very important factor is ensuring that the faces on the screen are never allowed to deviate from the party line. Your puppet and pet celebrities need to be kept under lock and key.

Like most people, I recently watched Ben Shapiro’s interview with Gina Carano and it basically confirmed everything I already knew about Hollywood (my brief stint as a screenwriter 20 years ago exposed me to the underlying sell-out culture and I was repulsed by it).

What was striking though was the extent to which the Hollywood corporate elites seek to rape the minds of their employees and force them to submit to the cult. It wasn’t that Carano was fired for posting a historical fact on Twitter, it was everything that happened before that.

We see corporate diversity training such as Coca Cola’s “Be Less White” seminars and we are disturbed by the cultism and manipulation. But listen to Carano’s story and you’ll realize that Hollywood is far ahead in their exploitation of social justice controls.

Carano mentions that as soon as she began speaking her mind from a conservative position, Disney and Lucasfilm bombarded her with representatives, publishing agents, etc. whose mission was to convince her to stay silent or apologize publicly for her personal statements. They even tried to force her to endure a mass admonition in front of 40 trans people because she refused to post her “pronouns” to her Twitter page.

This is often referred to as a “struggle session” in communist circles, a crucible used to berate and destroy people who dare step out of line . It is also used to strike fear in the hearts of anyone else who might be thinking about voicing independent views.

Struggle sessions were the primary tactic employed during the Cultural Revolution in China as a means to pacify the citizenry and erase all ideas that opposed Marxism. The movie ‘The Red Violin’, produced in 1998, is one of the only films I have seen that accurately depicts the ravages of the communist social sterilization:

This is what happens when big business or government align with the leftist cult. SJWs would have no power at all if it were not for the backing of corporations and government institutions.

You want to know why so many celebrities these days seem desperate to virtue signal online all the time? It might not be because they agree with the leftists. They may just be trying to keep their jobs and avoid being suffocated by a weaponized mob. What the interview with Gina Carono really revealed to me was the extent to which Hollywood corporations are involved in that mob.

Companies like Disney aren’t following the mob’s lead – Instead, they are USING the mob as a tool. They are LEADING the social justice cult, the cult is not leading them, as many wrongly assume.

After finishing the Carano interview I could not stop thinking about a show from the 1960’s called ‘The Prisoner’ starring Patrick McGoohan. It portrays a man who works for the government and abruptly quits, only to be kidnapped by a nefarious unknown organization and transported to a place called “The Village”. The Village is a sprawling complex made to look like a happy seaside vacation town on the surface, but underneath it is a vast surveillance grid.

All the people that live there are trapped, watched constantly and the group that runs The Village uses elaborate mind games to break the prisoners down. The Village operates by turning prisoners into informants and guards; its goal often has nothing to do with making people talk. Instead, the goal is to get prisoners to submit, to get them to love the village and become a part of it. The Village is not only a prison, The Village is an experiment, a microcosm of what the elite want for the entire world.

Hollywood IS The Village. Corporate culture and Marxist culture are melding together until they are one and the same.

The way Carano was essentially stalked by her own employers and prodded with struggle sessions and mind games, the way that Hollywood operates behind the scenes, is exactly what leftists and corporate elites intend for the rest of us. It is already happening to some extent. How often have we heard conservatives labeled as “insurrectionists, terrorists and racists” in the past year alone? How many conservatives have been censored by Big Tech platforms? How many have lost their jobs because of their opinions, or simply making factual statements?

The social justice cult and the corporations that control them want the world to be Hollywood. They want that environment of oppression and fear to become the standard. They want everyone to be afraid to speak, or to disagree, or to step away from the agenda in any way. Everyone must play their part to perpetuate the fantasy world. Everyone must battle to appear virtuous and pure for the mob. Everyone is an actor, pretending they love their new totalitarian collective.

There is a huge weakness to this strategy, though…

All of it depends on people’s aversion to loss. If you are afraid to lose something, then that something can be used to control you. Carano was not afraid to lose and so she could not be controlled, and I commend her for that. The example she has set for others is far more valuable than any work that she might have done by submitting to the Hollywood Cheka. If only the majority of people would do the same, our civilization could change for the better overnight.

All tyranny is an illusion predicated on fear within the minds of the enslaved. So, do not fear.

With global tensions spiking, thousands of Americans are moving their IRA or 401(k) into an IRA backed by physical gold. Now, thanks to a little-known IRS Tax Law, you can too. Learn how with a free info kit on gold from Birch Gold Group. It reveals how physical precious metals can protect your savings, and how to open a Gold IRA. Click here to get your free Info Kit on Gold