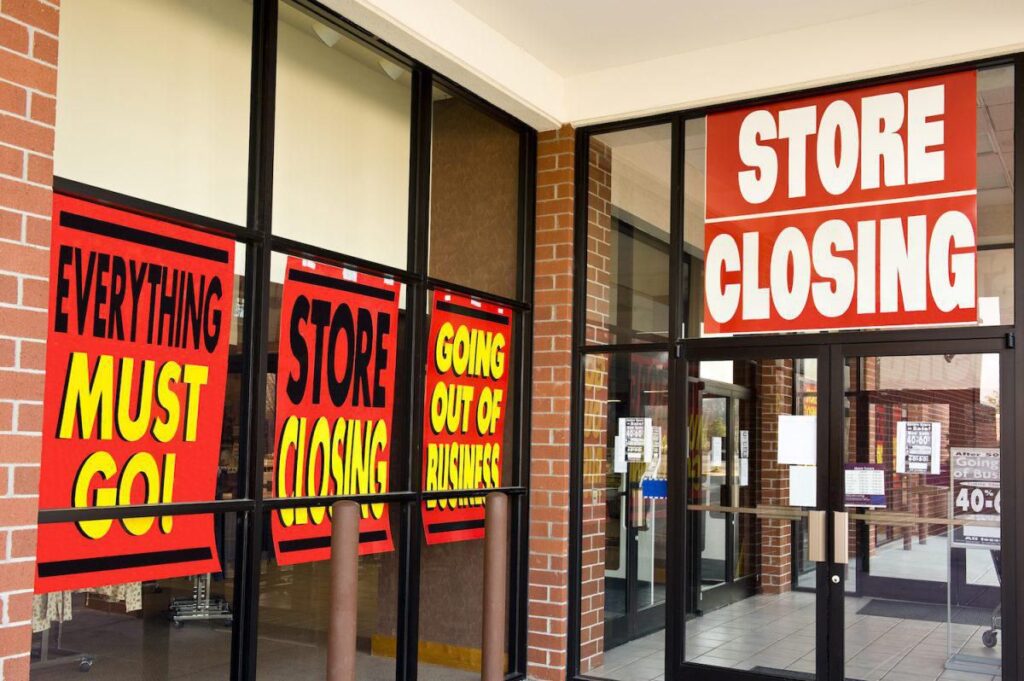 Macy’s, when it reported earnings this morning, confirmed its own brick-and-mortar meltdown, and it showed the benefits of Macy’s decision years ago to go after ecommerce in a serious way, knowing that its brick-and-mortar stores – despite what it was telling the public – were on the slow way out, attested to by its countless and ongoing store closures. The Pandemic accelerated that trend by a quantum leap. But it’s messy and tough, and Macy’s is losing the edge in its digital sales growth.

Macy’s [M] ecommerce sales in the fourth quarter, ended January 31, rose by 21% year-over-year, to $3.0 billion, to account for 44% of its total net sales. Ecommerce sales are those sales that originated online, regardless of how the merchandise got into the home, whether through delivery or pick-up at the store.

And total sales in Q4 fell by 19% year-over-year to $6.8 billion, as the increase in ecommerce sales could not make up for the decline in brick-and-mortar sales.

That Macy’s ecommerce sales were already 44% of its total sales, a huge feat, shows two things:

But Macy’s digital sales growth of 21% is relatively weak in the Pandemic era of ecommerce.

Walmart [WMT] – it got ecommerce religion way too late and inexplicably gave Amazon two decades of head start but in recent years has become deadly serious about it – reported that Walmart US ecommerce sales in Q4 soared by 69% and Sam’s Club sales jumped by 42%.

Bed Bath & Beyond [BBBY] reported that in the quarter ended November 28, its ecommerce sales soared by 75% year-over-year, accounting for about one-third of its total sales, as sales at its brick-and-mortar stores plunged, and overall sales fell by 17%.

Best Buy [BBY], which benefited from work-from-home and learn-from-home equipment purchases, hasn’t reported Q4 yet. But in Q3 it reported that online sales soared by 174% year-over-year to $3.8 billion, nearly tripling from $1.4 billion a year earlier, and accounting for 35% of its total sales.

Target hasn’t yet reported Q4 either, but in Q3, its ecommerce sales soared by 155%.

The Commerce Department reported last Friday that US ecommerce sales – sales by pure ecommerce players as well as sales by the ecommerce channels of brick-and-mortar retailers, such as Macy’s – soared by 32% in Q4 compared to a year earlier, to $245 billion, not seasonally adjusted, accounting for 15.7% of total retail sales:

In terms of dollars, the last three quarters – the Pandemic quarters – show the accelerated shift to ecommerce sales with gigantic year-over-year jumps in the range of $55 billion to $61 billion, including by $60 billion in Q4:

But total retail sales include the notoriously online-resistant sales at new and used vehicle dealers, grocery and beverage stores, and of course gas stations. Together they account for over one half of total retail sales. So the remaining brick-and-mortar stores, accounting for less than half of retail sales, have caught the brunt of the shift to ecommerce.

This is most painfully the case for department stores, once an iconic American institution. This is the 20-year progression of the demise of department stores that has accelerated in 2020 and is closing in on completion:

The Commerce Department started releasing “experimental” data last year on select categories of ecommerce sales, going back to 2019. This data is illustrative: it shows just how much certain categories of sales, including sales that were long considered very resistant to ecommerce, have moved to the internet.

Ecommerce sales of grocery and beverage stores have nearly quadrupled since Q1 2019, to $7.3 billion, after ineffectually trying for years – including efforts by Safeway, Amazon, and Google – to get Americans to buy groceries online:

Ecommerce sales of motor vehicle and parts dealers rose by 42% since Q1 2019, to $13 billion, with a concentration on used vehicles, including by several online-only used vehicle retailers, such as Vroom and Carvana:

Ecommerce sales of clothing and accessories have more than doubled since Q1 2019, to $10 billion:

Ecommerce sales of furniture and home furnishings have also more than doubled since Q1 2019, to $5 billion:

The biggest impact of this shift to ecommerce is on commercial real estate, two ways: Industrial properties, such as warehouses, fulfillment centers, and delivery centers, have become a red-hot segment. But retail properties, particularly malls with department stores as anchors, sinking into the mire, with mall landlords defaulting on their mortgages and letting the malls go back to lenders.

This includes the biggest mall landlord in the US, Simon Property Group, which is becoming a prolific jingle-mailer to dump its malls.