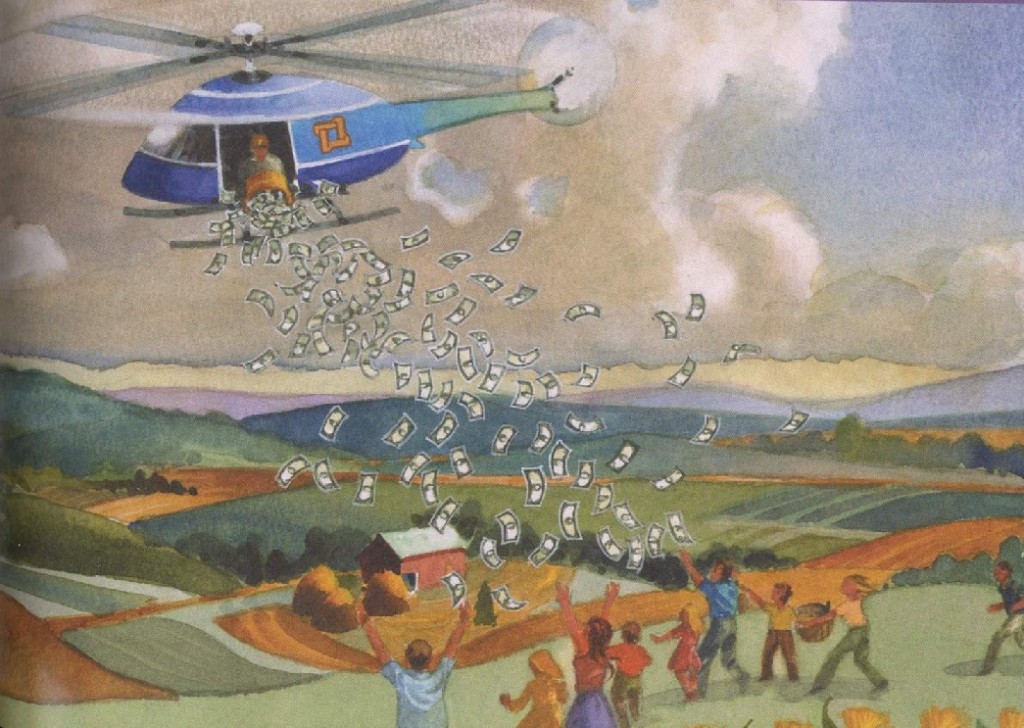 The concept of infrastructure stimulus has been hyped for decades as a kind of cure-all for economic decline. The propaganda runs parallel to the narrative of the “savior” of the Great Depression, Franklin Delano Roosevelt. In fact, one cannot examine the presidency of FDR without being bombarded with one sided worship of infrastructure spending and the “New Deal.”

The New Deal is often credited in left-leaning literature as being the singular cure for the depression, and FDR by extension has been handed messiah status among leftists. The New Deal is supposedly proof that massive socialized federal and central bank interventions through public works programs is an economic ambrosia. So, it’s not surprising that nearly every president since the Great Depression has argued for an unprecedented infrastructure bill when faced with economic collapse. A large portion of the public on both sides of the aisle has been trained to think these programs will save us.

Biden, in particular, has made historic stimulus spending the very first platform of his administration, and consistently cites FDR and Lyndon Johnson as patron saints of his infrastructure bill. If it worked for them, then obviously it will work for him… right?

In reality, the public works and welfare programs of FDR in particular had very little to do with the ending of the Great Depression. In fact, the New Deal actually made the situation worse.

Roosevelt’s own Treasury Secretary, Henry Morgenthau, lamented on May 6th, 1939 after two full terms of FDR’s presidency and stimulus programs that the New Deal was a complete failure. He stated to fellow Democrats during a session of the House Ways and Means Committee that:

High unemployment and declining living standards were an epidemic in the U.S. throughout the 1930s and well into World War II. The Census Bureau outlines the dismal state of the financial system and the U.S. consumer throughout this period in its “Historical Statistics of the United States.” By 1939 the stock market had crashed on multiple occasions, car sales imploded by 30%, business closures increased by 50%, and real estate foreclosures were still near record highs. The New Deal had achieved minimal benefits of limited scope, but not much else. For the average American, it was as if nothing had changed in a decade.

That said, for certain major companies and big banks, the gains were incredible. Companies like General Electric, IBM, Proctor and Gamble and JP Morgan saw endless profits during the Great Depression while buying up smaller competitors for pennies on the dollar. Those companies involved in public works programs siphoned government money like a black hole while very little trickled down to American workers. All in all, the Great Depression was a windfall for the corporate elite as wealth was consolidated and centralized into fewer and fewer hands.

So we have to ask, if the New Deal was a failure and did nothing to solve the depression problem, what did solve it? Some historians and journalists suggest the beginning of World War II and increased defense spending saved America. This is incorrect. As noted by Robert Higgs, the U.S. standard of living continued to decline throughout World War II. It was not the beginning of the war that saved America, but “After the war genuine prosperity returned for the first time since 1929.”

How the U.S. led the world out of the war

The U.S. was one of the only industrialized nations on the planet that had been left mostly untouched by the destruction. Because of this, all other nations had to turn to the U.S. for manufacturing during the long rebuilding process. In Europe, this process carried on well into the 1950s. The U.S. had very little competition, so much so that the U.S. dollar’s reserve status increased to the point of complete dominance. If you wanted access to manufactured goods, you had to trade with the U.S., and to trade with the U.S., you had to have a stockpile of U.S. dollars.

What I see today is a change in the flow of global commerce – in the opposite direction from the post war era. Yes, trillions of dollars in stimulus measures have created a short term reversal of the pandemic collapse. In fact, there is much evidence to suggest the economy is overheating. Price inflation is becoming rampant in numerous sectors.

In the meantime, U.S. Treasuries are being dumped by foreign investors and the dollar is in decline. Central banks are now dumping the dollar, decreasing their reserves to the lowest level since 1995.

China is now the world’s largest manufacturing base, leaving very little major industry on U.S. soil. In the background, globalists are calling for a “Great Reset” of the world economy that would centralize monetary policy even further and create the foundation of a cashless society built on a digital reserve currency system.

I believe, according to the evidence as well as past failures like the New Deal, that Biden’s infrastructure plans will accelerate the U.S. collapse instead of reversing it. The U.S. GDP might increase, but only because it is calculated to include almost every dime the government prints out of thin air and spends. Production of fiat money is not the same as real production within the economy.

Trillions of dollars in public works programs might create more jobs, but it will also inflate prices as the dollar goes into decline. So, unless wages are adjusted constantly according to price increases, people will have jobs, but still won’t be able to afford a comfortable standard of living. This leads to stagflation, in which prices continue to rise while wages and consumption stagnate.

Another Catch-22 to consider is that if inflation becomes rampant, the Federal Reserve may be compelled (or claim they are compelled) to raise interest rates significantly in a short span of time. This means an immediate slowdown in the flow of overnight loans to major banks, an immediate slowdown in loans to large and small businesses, an immediate crash in credit options for consumers, and an overall crash in consumer spending. You might recognize this as the recipe that created the 1981-1982 recession, the third-worst in the 20th century.

In other words, the choice is stagflation, or deflationary depression.

Finally, I would point out that there may also be an ulterior motive for the deluge of federal dollars into state economies through public works. Currently, Conservative states are increasingly willing to risk the consequences of returning to business as usual, regardless of federal mandates. Resistance is building against pandemic-related restrictions.

Red states are also seeing a far superior financial recovery when compared to blue states. Blue states have sabotaged themselves with lockdowns while red states have remained more open. However, the Biden Administration is hell bent on keeping pandemic restrictions in place nationwide

What if infrastructure spending plans are designed to trap red states into compliance with future covid mandates? What if the goal is to bribe these states with trillions in stimulus, but only if they submit to federal authority? I suspect that Biden’s public works bill is partially intended to be a blue state bailout, and money will be withheld from any conservative state that refuses to conform to lockdowns.

Only time will tell what the true agenda is, but this much is undeniable given the facts at hand: Biden’s plan is either an act of desperation, a deliberate attempt to pull the rug out from under the U.S. dollar and the economy to jump-start the globalist reset, or a scheme to lock state governments into obedience over pandemic restrictions.

Whatever else Biden’s “New New Deal” is, it is certainly NOT a plan for economic recovery.