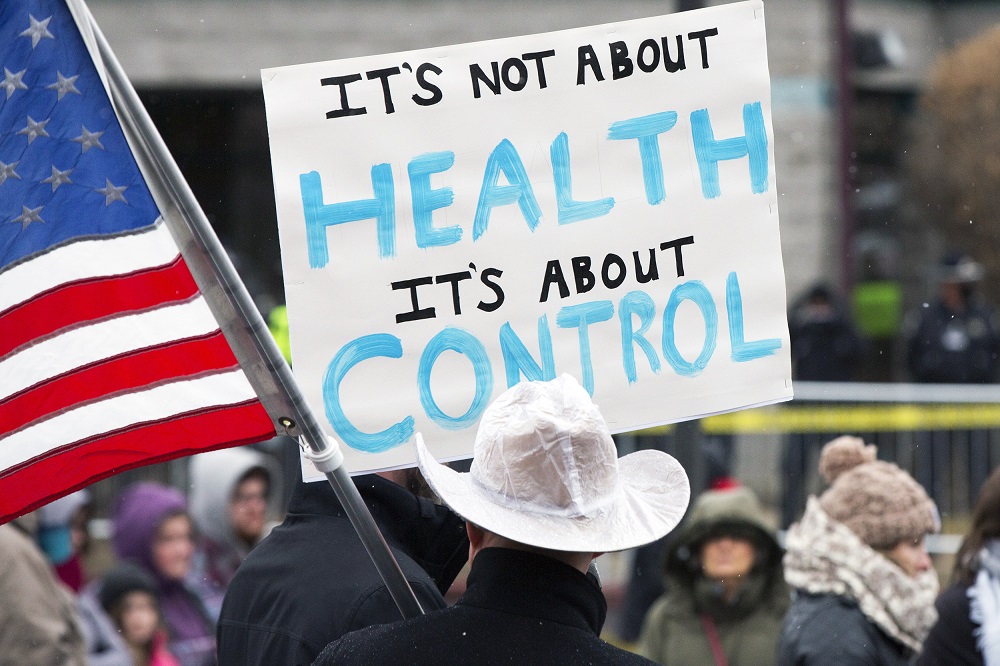 People are weirdly proud of having been Jabbed; they are dying to tell you all about it.

And they may well be, just that.

Many already have. Thousands, actually. Many of them previously healthy.

That you can’t get them to stop telling the public about.

It used to be old people in nursing homes who talked about nothing but their ailments – and procedures. Their hip replacements, diverticulitis surgery and various meds. But sickness-obsession has become a national cult and its members are of all ages and both sexes – bound as one by their held-in-common hypochondria.

Without the bless you.

It brings home what one read about what it was like to be a Catholic in Henry V’s England – or a Protestant, when his daughter Mary took over.

They didn’t wear their sickness on their faces in those days, of course. But it was the same sickness, nonetheless. A belief so fragile it required everyone else share it. Lest the sight of an unbeliever cause one of the Faithful to waver.

The Jabbing is of a piece.

The Jabbed are not content to merely be Jabbed, themselves. Which suggests they doubt, at some level. As they also doubt with regard to the wearing of their Holy Rags. If both served the purpose purported, they would not be so worried about those who do not share their Faith.

They are saved – or are they not? Why doth the Pope – Fauci XVII – wear the Rag? Hath he not received the Jab and – thus – put on the full armor of god? Or is it that he dreads the spread of Unbelief?

What’s going on – with regard to both the Holy Rag and the Holy Needle – is the same thing that went on in Jonestown in ’78 and in San Diego, back in ’97 – when “Do” and his Faithful ate their pudding and “ascended to the level beyond human.”

There was no getting out of line – in Jonestown. No turning down the cup of Kool Aid. Everyone took a drink. If some did not – if some were allowed to not – then it is likely not as many would have.

The Unfaithful as regards the Face Diaper have been getting this treatment for nigh on a year now. It is not enough for those who wear the Diaper to wear it. Others – everyone – must also wear it. Must share in the degradation and submission, the propagation of a lie held in common.

It makes the Diapered feel better about the lie they suspect but dare not admit to themselves they fell for.

Just so, the Needling. Those who have been Jabbed resent those who have not been Jabbed and want them punished for their “vaccine hesitancy.” Want them pressured to be Jabbed, as by their employers giving them the “choice” to be Needled or be unemployed. As by internal passports – and not just for travel, either. As with Diapering, Needling – proof thereof  – will become the necessary act of submission (Islam!) to their Faith.

But it shows how rickety their Faith is. How little they actually believe.

This does, however, make them very dangerous. As the saying rightly says: Those who believe in absurdities will commit atrocities.