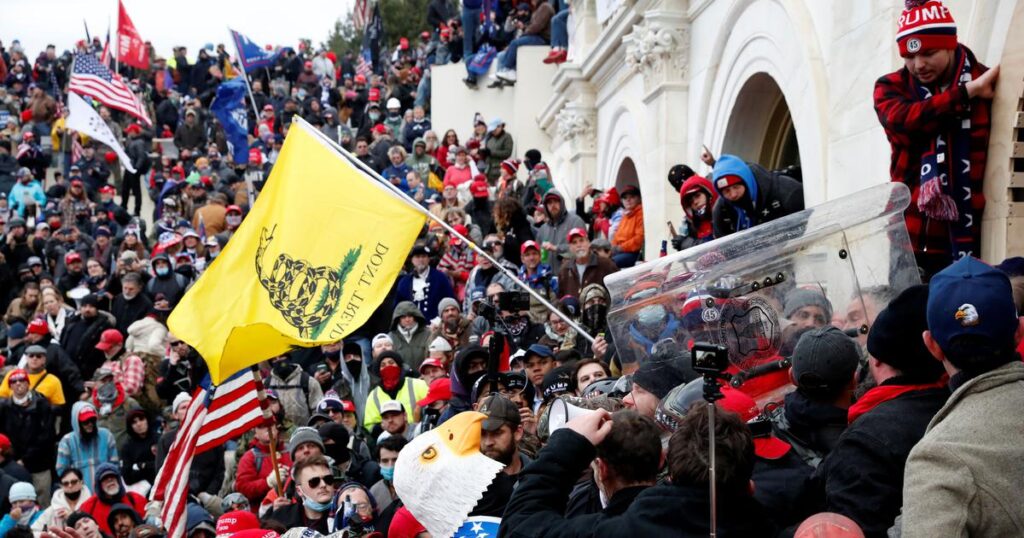 I want to start this analysis by first noting that I fully realize the political left is not the root of the problem in the US or the world, they are merely a grotesque symptom of a deeper disease called globalism. That said, the collectivist/totalitarian mindset of globalism is very appealing to these people, and even though they claim to despise the ultra-rich elites that promote globalism, leftists have become unwitting and useful idiots for their agenda.

If you want to learn about what globalists really desire all you have to do is study the statements of the World Economic Forum and their “Great Reset” initiative. They openly admit to plans that would result in the total centralization of money and power along with the destruction of free and independent society.

But, we cannot talk about the fight against globalist oligarchy without also acknowledging that the political left is the weapon the elites are using to maintain and expand that oligarchy.

Remember when leftists spent 4 years claiming that the 2016 election was “stolen by the Russians” despite zero concrete evidence ever found to support the conspiracy theory? Now they want any discussion of the 2020 election being stolen removed from the internet.

Remember when the leftists adamantly supported and defended violence, looting and property destruction by BLM and Antifa all year long? Now they admonish conservatives as “insurrectionists” because of a single protest at the capitol that turned violent.

Remember when leftists wanted to defund the police, many of them publicly calling for violence against officers on social media sites like Twitter? Remember when they called for burning down the whole system? Well now they are demanding that police and federal officers do their dirty work and arrest any conservatives involved in the protest.

Weaponized hypocrisy is the philosophy of the zealot. There is no reasoning with a zealot. Diplomacy is wasted on them. Their goal is to destroy anyone that disagrees with them and the ends always justify the means. They are monsters who believe themselves to be heroes.

Some might consider my statements to be extreme. What does the political left do that is so monstrous? Aren’t they fighting for “social justice” and the rights of “oppressed minorities”? Aren’t they the “underdog” working for “diversity” and a more fair and peaceful world? Well, this is the narrative they like to project, but their actions and rhetoric betray their true identities as narcissistic sociopaths that are willing to sacrifice any person and any value to get what they want.

What do they want? Power and influence; this is all they want. True “justice” is meaningless to them.

Look at it this way: If you have to constantly lie in order to convince people of the value of your ideology, then perhaps your ideology has no inherent value.

Nothing has exposed this fact more than the conservative protests at Capitol Hill – The leftist response has been what I can only describe as weaponized hypocrisy. Meaning, they are pretending to be oblivious to their own role in creating the anger that conservatives are unleashing, and now they are attempting to gaslight the public into thinking that the raid on congress was somehow “unprovoked” and out of left field.

Yes, that’s right, the leftists are actually trying to pretend that the Black Lives Matter mass riots and looting that they PROMOTED and defended as “peaceful protests” never happened.

That is an interesting take, but let’s consider the facts for a moment…

FACT: BLM and Antifa protesters committed hundreds, perhaps thousands of violent acts and instances of criminal trespass in 2020. No one is buying the gaslight claim that BLM was “mostly peaceful”. Of course, there is an attempt being made by Big Tech to rewrite history. Finding footage of BLM riots is getting harder and harder. Search results on BLM only showcase mainstream news articles lavishing them with praise. Certain people are trying to bury the past and there is blatant bias in favor of the political left.

I have no doubt that one day soon all evidence of leftist insanity will be redacted from Big Tech platforms, but for now you can still see the truth if you dig deep. Watch these compilations of BLM activity and ask yourself – Is this peaceful protest?

BLM, the media and numerous Democrats defended the violent actions of rioters and even argued that such measures should continue. Those that did not openly defend BLM remained silent on their criminal actions. Kamala Harris, who is perhaps most famous as a prosecutor for locking up numerous black men in California on trumped up charges and trying to get them executed even when proven innocent, argued that the protests (riots) should continue and “everyone should beware”.

All of this in light of a nonexistent bogeyman, a fantasy that “systemic racism” exists in America and somehow this ghost of a culprit is behind the failings of every minority regardless of personal integrity, merit or responsibility. No hard evidence of systemic racism has EVER been presented to support the claims of BLM. Every piece of evidence cited has been debunked. Every assertion proven false and every statistic taken out of context.

BLM hijacks possibly legitimate cases of police brutality (which affects everyone including white people) and twists them into issues of race and “white supremacy”. This is what the political left does with almost everything; they conjure mass outrage from nothing while distracting people from the real problems.

Juxtapose the BLM’s mass rioting with the protest at Capitol Hill, which was quite tame in comparison. Yet, suddenly the leftists are incensed and act as though they cannot comprehend that kind of aggression. They spent the entire year condoning it, only to now act indignant and flabbergasted when the people rioting are conservatives.

In the face of a single protest the media and Democratic leaders are condemning conservatives as “terrorists”. Leftists are calling for Big Tech to erase conservatives from all social media platforms and companies like Amazon and Apple are seeking to undermine or destroy conservative websites like Parler. There have also been demands that the government add protesters to the No Fly List, and that people should be “hunted down”.

Republican leaders that supported the protests are being accused of encouraging “insurrection”. But where was all this rhetoric last year?

When leftists tried to take over entire swaths of Seattle and Portland and declare them “autonomous zones”, where were the Democrats and their outrage? Where were their calls to prosecute the protesters as terrorists? If there were any, the media certainly did not put a spotlight on them.

And why is that?

Leftists, riddle me this – Why are all the evil people on your side? Why is it that your side is supported by all the corrupt corporations you claim to despise? Why does the Ford Foundation and George Soros’ Open Society Foundation pump millions of dollars (THIS IS FACT) into BLM? Why has the Ford Foundation been backstopping the social justice movement for decades? Why are billion dollar Big Tech companies acting as the censorship arm of the social justice movement? Why is every major Hollywood studio regurgitating endless social justice propaganda even when they are losing money on it? Again, I ask, why are all the evil people on your side if your cause is so righteous?

While leftists build their protests out of fallacies, Conservatives and moderates have every right to be angry, and to be clear, the people at capitol hill were not merely protesting or rioting because of Trump, or the election.

The bottom line is this – The difference between leftists and conservatives is stark. Leftists consistently use violence, fear, intimidation, destruction and censorship to get what they want. Conservatives have not. Leftists and their corporate donors want to oppress and control people. Conservatives just want to be free.

In the face of such zealotry, conservatives and even moderates are going to become violent because frankly, there are few other options. One man’s freedom fighter is another man’s terrorist. Labels are meaningless, it’s what a person fights for that matters.

So, when I hear the political left and their screeching about the inhumanity of the Capitol Hill protest, I have to laugh. These people have no concept of what is right and what is wrong; they spit on the very idea of moral compass and conscience. They only seek to win at any cost. Their hypocrisy is unmatched, so why should we care what they think? Let the rebellion continue.