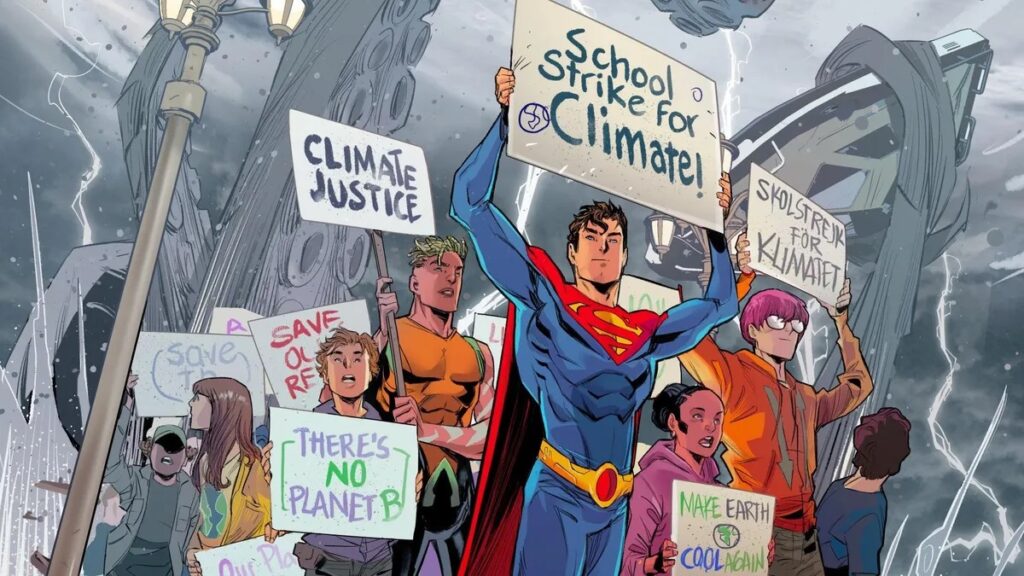 I think it’s safe to say that the vast majority of Americans are completely disenchanted with the state of our storytelling culture these days. Our entertainment media has been utterly poisoned by extreme leftist propagandists driven by an ideology which I can only describe as Cultural Marxism. They call it “social justice” or “diversity, equity and inclusion,” asserting that they want people “fairly represented” in media. In truth what they really want is to saturate media with their political cultism until nothing else remains, and they use victim status groups as a shield from criticism.

They certainly have no interest in a fair representation of ideas, which is what really matters.

My thinking has always been that conservatives and the liberty minded need their own entertainment operations, because we are NEVER going to get a foot in the door with establishment corporations. Entertainment is the key to culture. This is a fact.

The problem is that many conservatives have foolishly ignored the cultural fight over the years, focusing only on transitory political battles, and we have almost lost our country in the process. Millions of people are finally waking up to the situation, but not soon enough to fix the existing system. The only other option is to construct our own.

That said, I can’t just go around telling people that’s what they should do – I have to lead by example.

Some of my readers might recall that back in May of this year I announced that I was going to attempt to put together a non-woke comic book crowdfunding campaign (Check the link HERE). I was looking for artists and people with experience in the field. Well, thankfully some people were able to give me tips and info and that got the ball rolling. Over the course of the past four months I have written three separate 40 page scripts for three separate comic campaigns, I have learned most of the workings of the industry and how to build a graphic novel from the ground up

I found a hard working artist, colorist and letterer and we have already started putting the project together. I am now on the verge of launching my first crowdfunding campaign on the website Indiegogo.

But, I need your help. In order to prove that people want something other than woke entertainment, we have to back alternative projects whenever possible to send a message. Also, it’s my hope that the storytelling in my project is worth your support.

The way Indiegogo works, the more people that back a project early on, the higher it goes in the listings and the more chances it will have to be successful. My goal is to launch my graphic novel project on September 1st and that first week will be vital. The more backers I can get at launch, the better. Here is a short description of the comic:

A small rural town is suffering from a series of child disappearances and bizarre events. The community is in slow decay and town officials are doing nothing to help. Little does the community know these disappearances are connected to a much larger cosmic conspiracy involving an inhuman threat. It’s up to an adept survivalist with a mysterious past to uncover the plot and even climb into the depths of hell to stop it.

The first book will be part of a three part series. It will be 80 pages of story and art (40 pages front and back) and I will need 1000 backers willing to purchase at $25. This will raise the money necessary for paying the artists and getting the books printed. If 1000 of you are interested in getting your hands on some non-woke entertainment, then be ready on September 1st. I will post an announcement here at Alt-Market with a link to the crowdfunding campaign. (Warning: There will be violence and gore in this comic, it is not meant for very young children.)

We are well on our way with the art pages and several of them will be available for you to read once the campaign page goes public.

Storytelling matters, in some ways more than politics and more than preparedness. It is how we reach newer generations and share with them our values and ideas. We don’t need to be overtly political like the leftists, all we have to do is tell good stories with characters that embody what we stand for. I hope you can stand with me in this endeavor; it will be launching soon, so stay tuned.