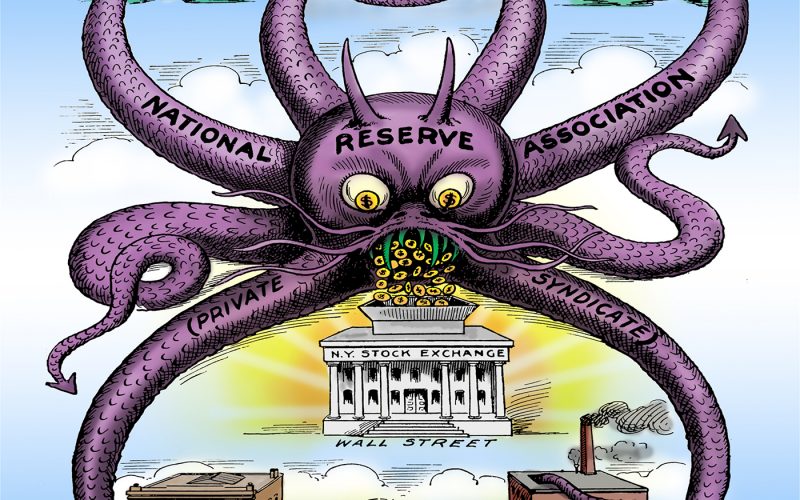 This article was written by Wolf Richter and originally published at Wolf Street
The Fed’s super-hyped, glorified, deified, and ballyhooed $750-billion buying-program of corporate bonds and bond ETFs, including junk bonds and junk-bond ETFs, had triggered one of the most magnificent credit-market rallies ever. And then the Fed hardly bought anything. Now the Fed is touting its success in jawboning the markets into a frenzy without having to do hardly any actual purchases. And it put a number on it – what percentage of the bond market rally was caused by jawboning, and what percentage was caused by actual bond purchases. And now, the Fed appears to be winding down the program altogether.

In its data release today for transactions and holdings of corporate bonds and bond ETFs from August 31 through September 29, the Fed disclosed that for the second month in a row:

The last time the Fed bought any shares of corporate bond ETFs was on July 23, when it bought $2.3 million in bond ETFs spread across nine ETFs. Since then, it has bought zilch. On the Excel page where it would show the ETF purchases in September, it just shows this for the second month in a row: “No purchases were made over the current reporting period.”

Obviously, anything that is counted in millions or single-digit billions on the Fed’s $7 trillion balance sheet is immaterial and gets lost in rounding – not only the decline in market value but its entire minuscule ETF holdings of just $8.6 billion.

The Fed bought just $453 million in corporate bonds via about 260 small trades in September, spread across the big-name corporate bond spectrum, including some junk bonds. But $59 million of bonds that it had bought in prior months matured and were redeemed – the Fed’s SPV got its money back from the company – and so its total holdings of corporate bonds increased by only $394 million to $4.4 billion.

The Fed’s total holdings of bonds and bond ETFs in its Corporate Credit Facilities (CFF) SPV at the end of September amounted to $12.9 billion. A far cry from the ballyhooed $750 billion.

In its revised term sheet, released on July 28, the Fed extended the corporate bond-and-ETF buying program to December 31, 2020. It “will cease purchasing” corporate bonds and bond ETFs “no later than December 31, 2020,” it said, unless the program is further extended. After its termination, the SPV will hold the securities until they “either mature or are sold.”

By the near-cessation of purchasing activity in September, it looks like the Fed is going to terminate the program on December 31. Those ETFs and bonds in the SPV will eventually and quietly be sold or will mature and roll off. It looks like this baby is done.

The Fed puts a number on the success of its jawboning.

The frenzy in the bond market, including in the junk bond market that was triggered by the Fed’s bond-purchase announcement on March 23 – and expanded on April 9 – allowed companies such as the airlines and cruise lines, whose businesses had collapsed, to raise $1 trillion in the US bond market.

What the Fed had done was inspire investors to chase bonds, no matter what the underlying risks, as investors were hoping the Fed would take those bonds off their hands.

The article was another one in the New York Fed’s systematic series of articles that rationalize and defend the Fed’s $3-trillion in asset purchases and portray it as the savior of the earth, to deflect from the actual results of those asset purchases, namely making the wealthiest even wealthier and increasing the already horrendous wealth disparity in the US by a massive amount. So yes, kudos.

There are three dates that are important in the analyses: March 23, when the programs were announced; April 9, when the announcement was made that the program would be expanded, and mid-May, when the Fed’s purchases actually began.

For its analysis, the New York Fed looked at the spread (difference) in yields between corporate bonds and Treasuries whose timing of interest and principal payments are similar (“average duration-matched spreads).”

From March 23 through mid-June, this spread narrowed dramatically by 140 basis points (1.4 percentage points), meaning that investors drove up prices of these corporate bonds and that thereby their yields fell in relationship to equivalent Treasury yields – the hallmark of a big rally in the corporate bond market.

This 140-basis-point narrowing of the spread occurred in three phases:

In other words, two-thirds of the bond market rally was caused by the announcement effect as everyone was trying to front-run the Fed’s purchases; and one-third occurred after the Fed started buying ETFs. This is the power of jawboning: it did two-thirds of the job. And so the Fed didn’t actually need to buy many corporate bonds to accomplish the rest.