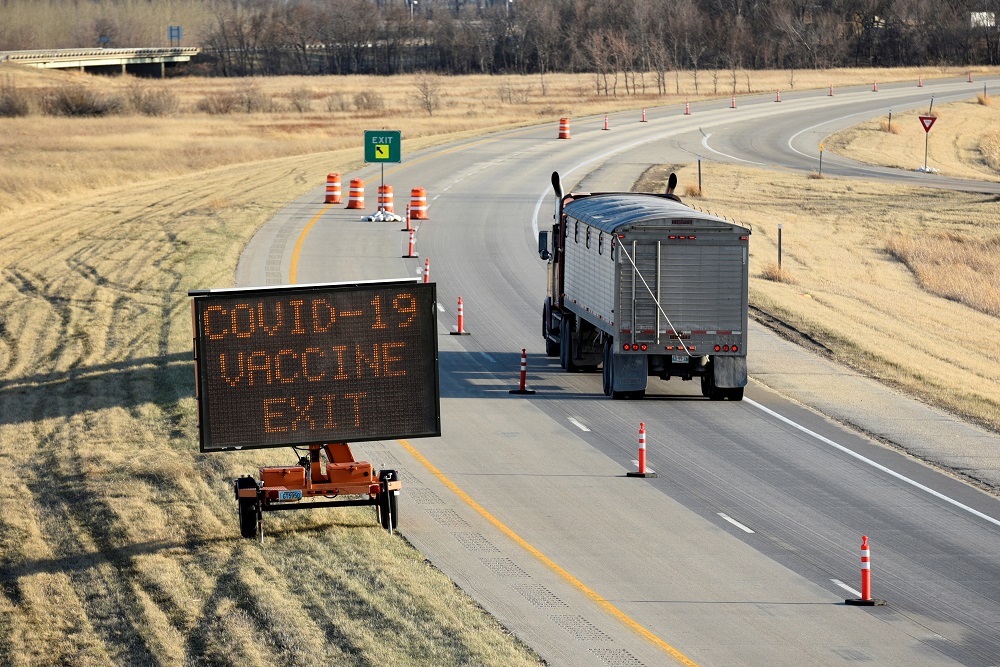 In case you have been under a rock, you likely noticed that there is a bit of a problem with the American supply chain — and the rest of the world in general. The pandemic, coupled with the government’s response to it, has thrown the world into a whirlwind of uncertainties, inefficiencies, and complete stoppages.

As this article is being written, thousands of containers sit on ships off the California coast waiting to be unloaded. Prices of everything have gone through the ceiling and there are very few signs that anything is improving. Instead of providing meaningful solutions, the government is telling citizens to start rationing.

If you’re hitting the grocery store to prepare for winter weather, please just buy what you need and leave some for others!

You may have noticed empty shelves in some stores due to national supply chain issues, but there is no need to buy more than you normally would. pic.twitter.com/RcCNNa4Zj4

Thanks to misguided policies such as paying people not to work, regulatory hurdles to industry amid new covid restrictions, and government and Federal Reserve manipulation in the market, we have a historic labor shortage, record inflation, and widespread shortages.

Since the passage of the Jones Act in 1920, which was sold to the public as a means of bolstering the US maritime industry, but has been doing the exact opposite for a century, the perfect storm has been brewing for a long time.

Instead of seeing the writing on the wall and realizing that their burdensome regulatory measures have wreaked havoc on the American economy, bureaucrats have doubled-down.

Thanks to the Jones Act driving up the cost of using ships to move products, the US and our neighbors to the north and south have become more dependent on the trucking industry. And now — in what could be interpreted as a purposeful attack to make the supply chain problem worse — the US is going after truckers.

For some reason, the bureaucrats in Washington think that the solution to our supply chain problem is vaccinations. Seriously. In October the Biden administration announced travel restrictions for non-U.S. residents and over the weekend, they went into effect and it is hitting truckers particularly hard.

The hundreds of thousands of truckers who enter the United States from Canada or Mexico — carrying much needed supplies — are now required to show proof of vaccination, as of Jan. 22.

“Starting  on  January 22, 2022, the Department of Homeland Security will  require  that  non-U.S. individuals  entering the United States via  land ports of entry or ferry terminals along  our Northern and  Southern  borders  be fully vaccinated against COVID-19 and be prepared to show related proof of  vaccination,” said Secretary  Alejandro N. Mayorkas. “These updated  travel  requirements  reflect the Biden-Harris  Administration’s commitment to  protecting public health while safely facilitating  the  cross-border trade and travel  that is  critical to  our economy.”

Effective TODAY: All non-U.S. individuals seeking to enter the U.S. via land ports of entry and ferry terminals at the U.S.-Mexico & U.S.-Canada borders must be fully vaccinated for #COVID19.

As if the problem wasn’t bad enough, officials are already warning folks that this arbitrary measure is going to clog up the borders, increasing shipping delays and ensuring more shortages.

“Travelers should plan for longer than normal wait times and longer lines at U.S. land border crossings when planning their trip and are reminded to exercise patience,” the DHS said in a statement.

Highlighting the absurd and arbitrary nature of such a mandate is the fact that US truckers returning from Canada or Mexico, will not have to show proof of vaccination — only truckers carrying in supplies from Canada and Mexico will have to show their papers. Apparently their American blood is safer.

As a result of mandates like this one, the trucking industry is already reacting, accurately pointing out that this will fuel both driver shortages and inflation — as it already has.

Truckers in Canada waged a mass protest over the weekend in response to the tyrannical vaccine mandate in their country. According to Canadian Trucking Alliance (CTA), this mandate will take out as many as 32,000, or 20%, of the 160,000 Canadian and American cross-border truck drivers. Apparently, imaginary lines on a map are magical covid walls that cannot be breached.

With empty shelves now a common occurrence in many parts of the country, the idea of limiting tens of thousands more trucks from carrying supplies is absolute insanity. Unfortunately, however, it appears that insanity is the new norm when it comes to the government’s reaction to COVID-19.