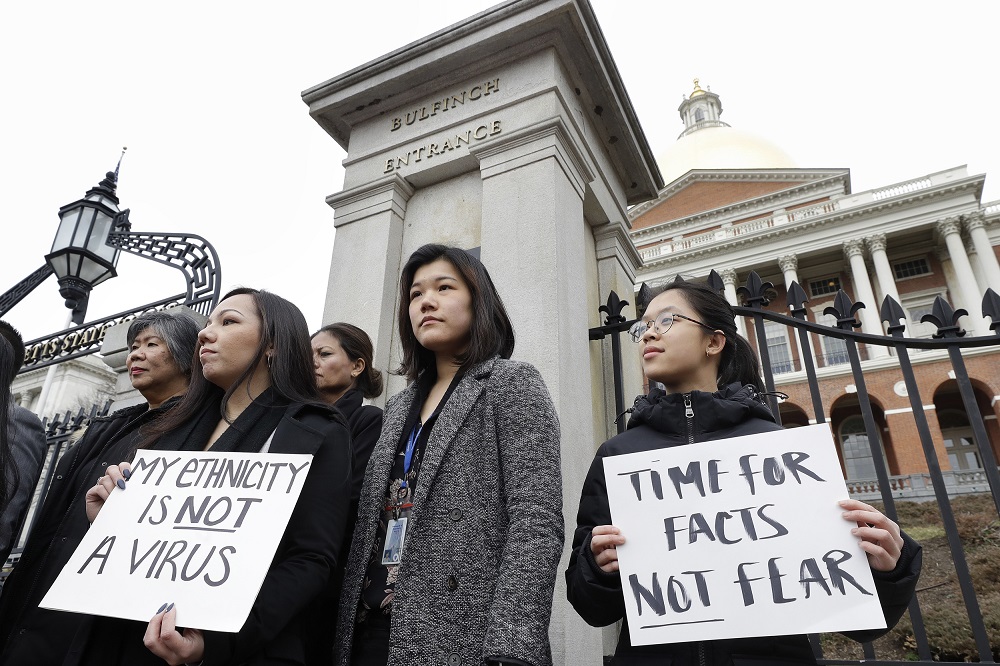 These days, just talking about race issues in a critical manner will get you labeled a “racist”. If you don’t regurgitate the rhetoric of the mainstream media and social justice lunatics like a pirate’s parrot, then you are suddenly “problematic” and must be pigeonholed and canceled as quickly as possible. I will be called a racist for writing this article, but then again, what does that word even mean anymore? Almost anything can get you labeled as a racist now, so why should we care?

My position is this: Facts are not racist. Facts are color blind.

I was recently studying the latest “Asian hate crime” narrative and as I examined information on the attacks I was not surprised to find that the mainstream media version of reality was once again completely fraudulent.

For the most part the media tends to “lie by omission”, and it’s something they do on a regular basis. For example, the media consistently mentions “white supremacy” as a motivator for Asian attacks. Yet, the vast majority of recent hate crimes against Asians have been enacted by blacks. This fact doesn’t really fit the propaganda model, so, the media doesn’t mention the race of the specific assailants, they just use the phrase “white supremacy” and let their audience make assumptions.

Far left outlet Politifact’s analysis of Asian hate crimes does not make a single mention of the race of the majority of the attackers. They only mention the race of ONE attacker, the shooter in Georgia. This is not accidental, this is deliberate disinformation through omission.

And what about the shootings in Georgia? Weren’t those committed by a white guy? Sure, but what the media doesn’t talk about is the fact that those shootings were NOT race related in the slightest. The FBI has confirmed this. Instead, the shooter was a “sex addict” who thought that he could remove temptation by getting rid of local massage parlors. The women being Asian had nothing to do with it.

The problem of black-on-Asian violence is so prevalent right now that social justice groups are trying to “discourage anti-black sentiment” because of all the videos surfacing of the crimes. Perhaps they fell for the disinformation too and assumed the attackers were all white? It’s hard to say, but no one in BLM is calling out black people and telling them to “check their privilege” and “stop the hate”.

Instead, social justice groups are taking advantage of the disinformation campaign. They are calling for “unity”, and are of course using white people as their bogeyman to frighten minorities into joining leftist/Marxist causes. So, black perpetrators commit the majority of attacks on Asians, then BLM and others call for unity with Asians to stop “white supremacy”? How does that work…?

Furthermore, the definition of what constitutes “racism” and “hate crime” is constantly changing in our schizophrenic era. Many reported hate crimes end up being heated arguments involving people of two different races. How is this a “hate crime”? Well, if one of the people is white, then it is automatically a hate crime. Thus, some of the more biased hate crime trackers out there (like the SPLC or the ADL) are able to hyperinflate their stats.

My question is, who made the political left the arbiters of what a hate crime is? They aren’t qualified, because leftists tend to be the most racist people on the planet. They see EVERYTHING through the prism of race and skin color. Tell them skin color doesn’t matter to you, and they will actually get angry about it. This past couple years Asian activists were protesting unfair college entry quotas that favor black people and discriminate against Asians with superior test scores; this racism is being driven by leftist groups, not by conservatives. Our philosophy is actually anti-racist, because we believe in judging people by merit and not by skin color.

I’m pretty sure that a lot of minorities also do not like to be treated as if they are fragile victims all the time; they don’t want to be purse puppies for leftists.

If the current tide of society seems insane to you, that’s because any normal person finds these events hard to fathom. That said, there is a method to this madness, and to understand it you have to understand the propaganda tactic of “Gaslighting”. I will be examining this subject in detail in my next article, but suffice to say, gaslighting is an integral part of race baiting as well as the demoralization of honest political opposition. Making innocent people believe that they are criminals and that the criminals are the victims is a classic strategy for controlling those innocent people and preventing them from retaliating or rebelling.

Do some some white individuals commit race based crimes? Absolutely. No one is disputing that. What I’m disputing is the notion that hate crimes are the singular domain of white people, and the notion that it is white people in particular that are responsible for latest attacks on Asians. So, to cut through the gaslighting, here are the facts according to the most recent FBI crime data (2019):

White Americans make up 70% of the population and are cited for 52% of all hate crimes (nearly 20% below the percentage of the white population).

Leftists often assert that many race based crimes go unreported, and I actually agree; many crimes committed against whites by minorities are simply labeled “crimes”, instead of hate crimes. Crimes by whites against minorities get far more attention and are often labeled “hate crimes” before all the facts are in (just like the shootings in Georgia).

Case in point, this week a black man stabbed a 12 year old white boy in the neck in a Pittsburgh McDonalds while screaming racial slurs and then attacked police when they tried to arrest him. The majority of the media have completely ignored this event and have swept in under the rug. If the skin colors were reversed, we would be hearing about this attack in the news for MONTHS.

Whenever a hate crime is committed by a white person against a minority, the assertion is always that this is the byproduct of a monolithic white supremacist organism and that all whites are somehow to blame. Whenever a crime is committed by a minority against another minority or a white victim, the media conveniently keeps skin color out of it, or, they still blame white people. (How about that shooting in Colorado by a leftist Muslim? The media seems less excited all of a sudden when we all found out it was not committed by an “evil” white conservative. Instead, they are now acting as if the shooter is the victim, claiming he was “bullied as a child because of his religion”).

I would usually argue that we should be blaming the individuals that commit the crimes, and leave it at that. There is, however, a group today that does represent a monolith, and despite their name they are not organized by race so much as by ideology. I am of course referring to Black Lives Matter and other affiliated leftist groups. These groups have consistently advocated and defended random violence as well as massive destruction of property over the past few years as a means for political gain. Beyond that, these same groups have often been protected by government institutions.

Thousands of people involved in BLM related crimes have been given get-out-of-jail-free cards by state and city officials the past year. Not only that, but they have benefited from endless media spin, telling the world that they are “peaceful” when most of the evidence is to the contrary.

It is not that black people in general are being given a pass; it is that BLM and leftist groups are being given a pass and this is creating a culture of double standards. I believe this is encouraging further violence among black individuals with a predisposition to crime. There are racists and criminals in every group and of every color, but the criminals and racists within the black community are being sent a message that they are immune to consequences because of BLM. So, they swarm out of the woodwork in droves thinking that they are now untouchable and are free to entertain their worst impulses.

Leftists LOVE to preach about how freedom does not mean “freedom from consequences”. This is obviously nonsense and such musings ring hollow when certain groups are protected from consequences while other groups are constantly scrutinized and punished for nothing. When an ideological cult is consistently told they are immune to consequences for the worst infractions, this inspires chaos. Psychopaths should not be given confidence, but this is what BLM does, and leftist governments are also to blame.

I am reminded of the mass migrations of Muslims into the EU after most of Europe forcefully opened the borders of member nations and refused to vet incoming “refugees”. In the years following the surge in migrants, violent crime in parts of the EU skyrocketed. Much of this crime was attributed to migrant assailants. The problem was that numerous crimes went unpunished, and the European media and governments created policies which even forbid descriptions of assailants in the news to avoid “racial tensions”.

Are Muslim migrants more predisposed to crime? Well, like any other group, when they are given a free pass and told they will probably never face consequences for their actions, yes, they are more predisposed. Governments and leftists in the EU created a social structure in which “diversity groups” and supposed victim groups are given more than equality, they are given privileged status. The same thing is happening in America right now.