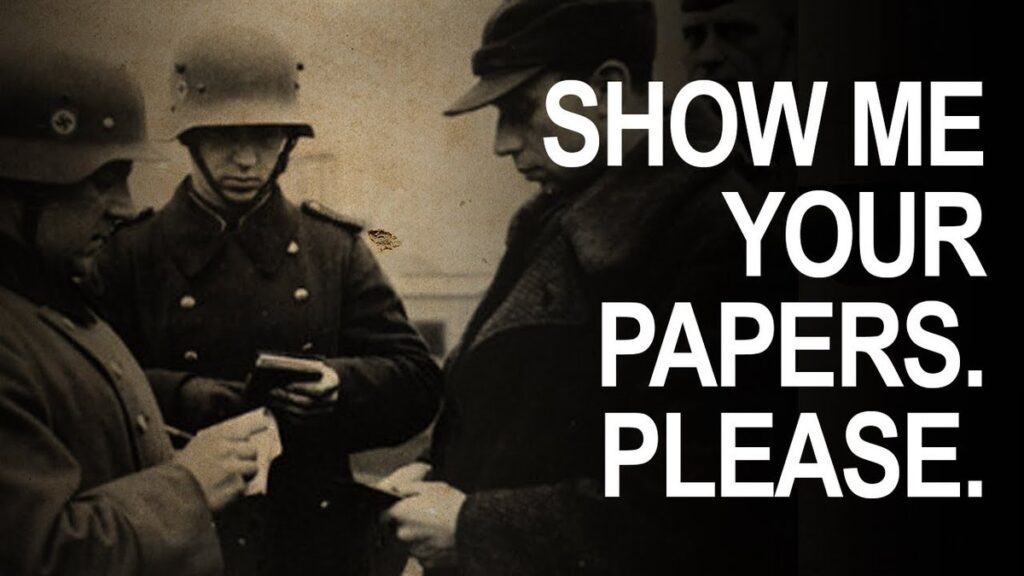 Looking back over the past year we can see that vaccine passports are being rolled out to the public via the same process as everything else that has become normalized in society like mask wearing, track and trace surveillance, and constant testing. At first, the idea of needing a digital medical record required to participate in society was ridiculous, something that only a conspiracy theorist would think of. Then, it was presented as plausible but not something that was suitable for democratic society. And their arrival is now presented as a foregone conclusion.

The press and political class promise (for real this time) is that these so-called passports are the world’s ticket back to normality. Much of the public seems to be on board with this proposition, while those in certain sectors of the economy such as travel are eager for anything that stops crushing their bottom line. We can safely assume that celebrities and influencers will be part of their promotion campaign like they were with every other facet of this insanity.

Meanwhile, another segment of the general public sees this charade for what it is: the end of freedom as we known it. Once this system is fully implemented, it will be overwhelmingly difficult to participate in society without these passports. As it stands in many places, masks are required to enter just about any indoor space and negative PCR tests are required to travel abroad. Soon you will need the passport.

Because of this, those of us not willing to comply need to come up with some solutions. Fake vaccine passports seem to be emerging as the easiest solution.

As it stands, these are easy enough to forge. All you have to do is print out one of the CDC’s COVID-19 Vaccine Record Cards and fill in the information accurately enough to avoid close scrutiny.  COVID-19 test results are equally simple to obtain and have been so since the beginning of the pandemic that wasn’t.

At first glance this seems like great news. This is mostly because of how simple of a solution fake vaccine passports are but the agorists in the audience will also have reason to celebrate as they get to watch a new black market emerge.

While there is nothing wrong with going this route at the moment this is not the long-term structural solution to the problem. This might come in handy in the meantime to cross a border or attend a baseball game but it’s only a matter of time before the transition from printed paper to digital certificate is complete. Surely there will be ways to exploit that system, too, but that will prove to be orders of magnitude more difficult than finding a link to a dark web vendor selling forged vaccine record printouts.

There are also many political solutions being proposed. States like Florida and South Dakota have already passed legislation prohibiting vaccine passports while Naomi Wolf is working on what she calls ‘Freedom Compact’ model legislation and executive orders which aim to implement similar bans across the U.S. Elsewhere, a group of prominent lawyers are filing class-action lawsuits against global officials to expose the lies that have sustained their narrative.

These actions are well-intended and the aims of those involved are commendable, but if we play by their rules we are ultimately bound to fail. If more good news comes from this then that’s wonderful but we shouldn’t hold our breath that legal justice will shine forth or that politicians will always respect bodily autonomy. Like with forgeries, legislation still doesn’t address the structural changes that need to take place in order to avoid life in the digital gulag.

So then, what are the solutions that can bring about real lasting change?

The first option is to opt out. Just say no. Do not travel to countries or dine at restaurants requiring proof of vaccination to enter. Do not support businesses pushing vaccine propaganda. Do not work for an employer who will not respect your bodily autonomy. Do not interact with anyone who looks down on you (or worse) for not going along with this agenda.

Easier said than done, I know. There are potentially massive trade-offs that come with this difficult proposition as society becomes more difficult to take part in without being injected. That’s why we need to build communities with others who will stand by our side and create parallel economies and societies that can function while the mainstream deals with their restrictive ways of life. Many communities in the form of freedom cells and intentional communities are already flourishing which is a very encouraging sign.

If only fake vaccine passports were the solution to all of these problems. Perhaps that would have been the case if this were all taking place in decades past. Then again, maybe the ability to implement digital medical records that can easily be carried on us at all times is the reason this is happening now.