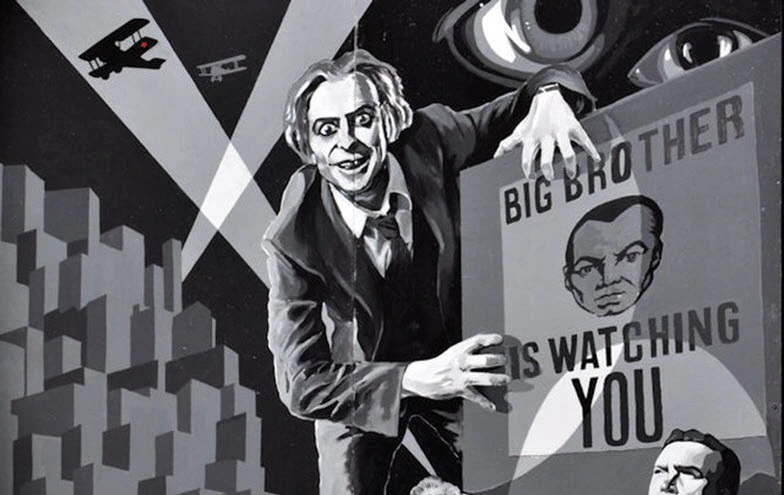 I have been working within the liberty movement for almost 17 years now. In that time I’ve been involved in numerous organizations that all generally fought the same battle, or the same war – The war against encroaching centralization and authoritarianism. Each group and each institution has had different ideas about how to go about solving the problem of incremental tyranny.

Some of them focused on politics, others on preparedness, and still others on convincing police and military to stand on the side of freedom. Some of them had focused goals, some of them were scattered. Some had decent leadership, while the leadership in others was lacking (or self sabotaging). None of them, however, had malicious intent. None of them sought power over others, only to prevent power from being abused.

In some cases the effort became confrontational because that was the only option, as with Bundy Ranch. Liberty activists vowed never to allow another Waco or another Ruby Ridge in which federal agents violate the due process of targeted citizens, or outright murder them. And we should continue to hold to that promise. As we have seen time and time again, agencies like the FBI, ATF, CIA, etc are corrupt beyond all reckoning and there comes a point where the only solution to deal with a bully is to punch him in the teeth.

The Jan 6th event is also something that has been highly misrepresented on both sides – Leftists argue that it was an “insurrection” worse than anything seen since the Civil War in the name of installing Trump as a dictator. Many conservatives argue that it was a “honey pot” or “false flag” which was completely controlled by feds and informants. Neither claim is accurate.

Yes, there were obviously feds present at the event and yes, Capitol Police let protesters into the building as video evidence proves. But, the vast majority of people that showed up to the capitol that day were not feds. They were normal Americans seeking to air their grievances, as is their constitutional right. It is a mistake to pigeonhole very single major event as nothing more than a false flag; it’s lazy and it ignores the greater reality that many millions of people in the US are unhappy with the declining state of our nation.

Inconveniencing the government for a couple hours is not an insurrection. Protesting at the Capitol Building is not an insurrection. A real insurrection would be led by armed groups that would not leave the capitol voluntarily, and many people on both sides would die during such an action. As it stands, not a single person was killed by a Jan. 6th protester. Not one. This is not something that can be honestly said for the BLM protests which caused dozens of deaths and billions of dollars in property damage across the country.

If it had been BLM that day marching into the Capitol Building, the media would have nothing but applause and positive things to say. But because it was a show of conservative strength, they call it an insurrection and they seek to imprison the people involved. The media response to BLM vs their response to Jan 6th tells us one thing – The establishment wants to destroy conservatives and elevate leftist movements.

The establishment controlled media and the Biden Administration would argue that it is our fault. We are “conspiracy theorists” suffering from delusions of rising totalitarianism. We supposedly misinterpret everything we see as something more nefarious than what it is. We are dangerous because we are willing to lash out over changes that serve the greater good but disadvantage us in some way. Or, we are “white supremacists” and the evolving demographics of the country are triggering our inherent toxic ideology.

None of these claims are true. All of them are easily debunked propaganda, but they represent a narrative that is repeated ad nauseam on every mainstream outlet, on every social media website and by every leftist politician. There is no conspiracy theory, there is only conspiracy reality.

Almost every single “conspiracy claim” made by liberty groups over the past two decades has turned out to be true. There is indeed an authoritarian agenda at the core of our government today, and it has been gestating for many years. We saw this agenda enacted right out in the open during the pandemic lockdowns. the federal government and some state governments sought to erase nearly every protection outlined in the Bill of Rights, including free speech.

Most recently, we have seen the exposure of the Twitter Files by Elon Musk, which contain hard evidence of collusion (direct communications) between government agencies and Big Tech companies to silence the 1st Amendment rights of American citizens.

Multiple agencies have been exposed this year in a conspiracy with the old Twitter management (and undoubtedly all other large social media platforms) to censor and ban targeted individuals or groups that discuss information that is contrary to the establishment narrative. Whether it is info on Jan 6th, or info on the covid pandemic or vaccines, or info on Hunter Biden’s laptop, the FBI, DHS, the DNC, etc were all engaging in a joint effort to erase dissent and hide the facts according to internal documents and communications with Twitter staff.

The FBI in particular has even been caught PAYING Twitter staff millions of dollars to process their requests (censor people). This is proven TREASON, a violation of several elements of the Bill of Rights, and the FBI should be eliminated for it. Not reprimanded, but eliminated.

The FBI’s response to being caught was predictable. They state:

“The men and women of the FBI work every day to protect the American public. It is unfortunate that conspiracy theorists and others are feeding the American public misinformation with the sole purpose of attempting to discredit the agency.”

Translation: We are your “protectors”, therefore we can do whatever we want. Anyone that calls us out on our corrupt operations is crazy and a liar regardless of evidence. Discrediting the agency puts the public at risk. We are too big to fail.

The corporate media will come up with numerous spin devices to try to dilute the Twitter revelations, but they will fail. There is no way around it – The US government has been working with Big Tech companies to control free debate and silence citizens. The FBI has chosen a clear political side. They have gone to war against Americans that support constitutional liberty. This is illegal and if punishment is not dealt to the officials involved then eventually punishment will be enacted by members of the American public.

Conservative/libertarian rebellions usually do not happen without good reason. Conservatives prefer order rather than chaos. We prefer stability rather than crisis. We tend to want the system to work and serve the public as it is supposed to. It’s our strength as well as our weakness. Where others see a broken country, we see something that might be fixed.

We have no use for deconstructionists who see crisis and disaster as an opportunity.

That said, when it becomes clear that the system does not work, that it has been corrupted beyond redemption and that the establishment is openly instituting tyrannical policies, we aren’t going to stand by, we are going to act.

Some people claim this is “never” going to happen. Yet, tens of thousands of people showed up to face off with the feds at Bundy Ranch, half the states in the US stood against the covid mandates and thousands of people marched to the Capitol on Jan 6th. It’s only a matter of time.

I don’t think people realize how close we actually came to a kinetic civil war because of the covid mandates and the attempted vaccine passports. We were two seconds away from midnight. All I can say is, the moment someone tries to force me to take an untested Big Pharma product, I’ll put them six feet under. And, almost everyone I know feels the same way.

The big secret that’s not really secret is this: The establishment knows they are playing with fire. It’s why they backed off from the mandates. They know that their corrupt actions are fomenting civil unrest and that in some cases we have majority public support. They know that in the near future there is going to be a rebellion against them. They know this because they plan to continue chipping away at our freedoms until we snap; they just want to be able to control the outcome when we do.

The narratives we are hearing today about white supremacy, domestic terrorism, conspiracy theory and conservative rage are only about one thing: Gaslighting.

They poke and prod and stab at us, they attack us and degrade our freedoms subversively, and at the same time they paint us as the “insurrections”, the aggressors. They do this so that when we move to stop them from attacking us, the notion that we are the aggressors is already planted within the public consciousness.

This is 4th Generation warfare. It’s classic psy-ops. If you are the psychopath causing harm the best case scenario is to make your victims out to be the bad guys instead, so that when you get caught or your victims strike back you can claim to be a victim yourself.

Is this scheme going to work for establishment elites? No, not in the long term. No amount of gaslighting is going to save a psychopath when his victims come to pay him back. What the rest of the public thinks of you does not matter, only justice matters. That said, I want to reiterate the greater point here, which is that the actions of government agencies and the media suggest that the liberty movement is a legitimate threat to them.

We are far more prevalent than they care to admit. They want to paint us as fringe crazies and marginal bigots, while at the same time promoting the notion that we are capable of a national insurrection. They can’t have it both ways.

We are indeed a danger to them. Not to America, just to the despots that want to deconstruct it. What they don’t want the populace to know is that there is a very easy way to stop us – Simply stop committing treason and we will go away. Stop trying to erase our freedoms and we will back off quietly. Stop abusing governmental powers and you have nothing to fear from us.

Continue in these behaviors and policies, and yes, you should be afraid. Because once the reckoning begins, it will not stop until all elements of corruption are washed away.