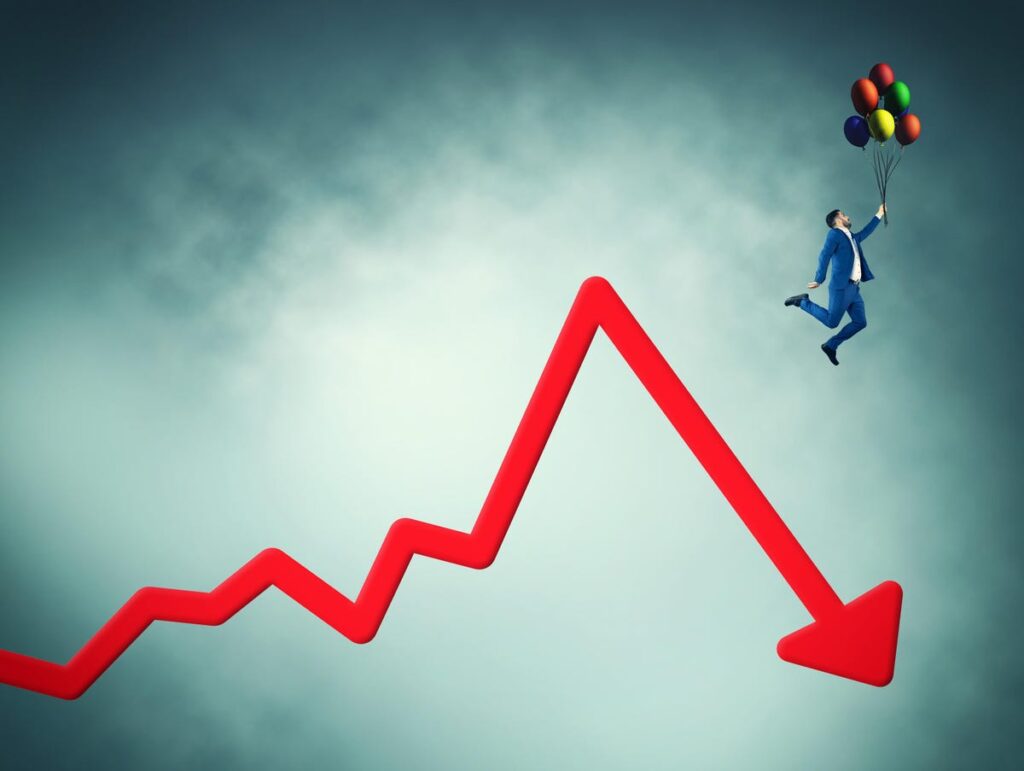 For example, the Federal Reserve as a banking entity has free rein to assert policy controls that can disrupt the very fabric of the US economy and the buying power of our currency. They can (and do) arbitrarily create trillions of dollars from thin air causing inflation, or arbitrarily raise interest rates and crash stock markets. And according to former Fed chairman Alan Greenspan, they answer to no one, including the US government.

I have started to see a new narrative being spread within mainstream media platforms as well as alternative media platforms suggesting that the Fed is necessary because it is working to “counter” the agenda of Joe Biden and the Democrats. Some people claim the central bank is “protecting” America from the schemes of the UN and European interests.

This is perhaps the most moronic theory I’ve ever heard, but it makes sense that the central bank and its puppets would be trying to plant the notion that the Fed is some kind of “hero” secretly fighting a war on our behalf. The money elites associated with the Fed have inflated perhaps the largest financial bubble in the history of the world over the past 14 years. They did this with bailouts, they did this with QE, they did this with covid pandemic checks and loans, and now the bubble is popping. They know it is popping, because they WANT it to pop.

As I have warned for years, the Fed has been staging a massive controlled demolition of the US economy. Why? Because the US economy must be diminished in order to make way for the “Great Reset,” a term created by the World Economic Forum to describe an unprecedented paradigm shift in the global economy and how it operates, and a complete upending of society. The end game is openly admitted – A one world digital currency system and one world governance controlled by a league of corporate partners working in concert with politicians.

This is not conspiracy theory, this is conspiracy reality. This is undeniable fact.

The Fed does not care about the US economy, its loyalty is to a global agenda and it takes its marching orders from a consortium of banking institutions called the Bank for International Settlements (BIS). This is how global central banking policies are coordinated to either work in harmony to create artificial stability, or to work in conflict, creating artificial crisis events.

The truth is, the foundations of global governance already exist, but what the establishment does not have is public acceptance and total submission to their authority. What the banks want is to create a crisis so profound that the masses will run to THEM, begging for help. Once a population begs their captors for relief or resolution and it is given, it’s far less likely that the people will revolt against those captors in the future.

Psychologically, the central banks and the establishment elites are trying to create a planetary Stockholm Syndrome, and we are seeing it already with the Federal Reserve being painted as the “shield” holding back the tide of economic ruin that they actually engineered.

The initial stages of the Great Reset have already been launched. With the economic bubble expanded to incredible levels, the Fed is now staging an aggressive implosion using interest rate hikes into economic weakness. There are multiple threats that come with this dynamic:

With stagflation, normal credit market interventions do not necessarily work right away. As we saw recently with the official CPI print rising despite the Fed’s rate hikes, prices are not going to go down that easily. During the last stagflation event 40 years ago, the Fed raised rates to around 20% before prices finally stopped their epic climb, and back then the US did not have $31 trillion in debt nor did it just print over $8 trillions in the span of two years. Rates are likely to go much higher than many people expect.

The Fed replaced foreign investors like Japan and China as the primary buyers of US government Treasury Bonds, and they did so years ago. Now, with the Fed cutting purchases, reducing its balance sheet and raising rates, who is going to buy all that US debt and keep the government funded? Well, the answer is no one. For now, foreign purchases are enough to give a semblance of stability, but with geopolitical tensions rising it’s only a matter of time before countries like China dump their T-bond and dollar holdings completely. Then, the dollar’s world reserve status will come into question and inflation becomes an even greater threat as the trillions of greenbacks held overseas come flooding into the US again.

Without the Federal Reserve as the backstop fueling corporate share buybacks with cheap money, stocks will continue to slide. They’ll jump every now and then on rumors that the Fed will pivot away from tightening, and when the Fed doesn’t, stocks will start dropping again. Without stimulus and near zero rates there is no hope for equities beyond the occasional jawboning.

The Fed has the ability to slow down or speed up all of the conditions above, and so far they appear to be speeding things up. We obviously can’t rely on the Biden Administration to do anything about these problems; in all likelihood Biden and his handlers are joyful in the prospect of the inevitable calamity. No one in government is trying to do anything legitimate to stop the landslide and no one is trying to prepare Americans for the consequences.

In fact, Americans are being told there are no consequences. Thus, it’s up to individuals to prepare and warn their friends and family, but what about a larger organized response?

Despite numerous claims that conservatives would “do nothing” to stop the rise of medical fascism in the name of the covid pandemic, almost half the states in the US stood their ground against the mandates and the push for vaccine passports. If this had not happened, America would look like China does today with endless lockdowns and draconian tracking apps. I don’t think enough people understand just how close we came to losing every freedom we have left – We were on the doorstep of an Orwellian hell, and probably civil war.

The red state defiance of covid restrictions represented an organized action at the state and interstate level. What if these states did the same thing in the face of the economic crisis?

Without organization at the state level to create alternatives to the mainstream economy the plight of the public becomes much more daunting and dangerous. Rather than trying to start completely from scratch, there are solutions that can be pursued at the state level to help mitigate the disaster.

States like Texas, Utah and Louisiana (currently Dem controlled) all have legislation in place to utilize gold and silver as legal tender. Such efforts need to be expanded to as many states as possible, and the list of alternatives needs to grow. Gold, silver, copper, and other commodities like oil, electricity, wheat and grains could be used to back a state recognized currency system. Is it constitutional? Not technically, but the federal government violated the constitutional money creation mandate over a century ago when they allowed the institution of the Federal Reserve. The system is already broken.

If states were to offer commodity backed currencies in parallel with the dollar, then they could actually stave off price inflation and possibly reverse it. This can’t be achieved by only one or two states, though. It would have to be organized among multiple states with multiple trade agreements in place.

North Dakota has its own state run bank that provides credit opportunities specifically to ND locals and ND businesses. It has operated successfully for decades. Why has no other state adopted this model? Why should we rely on banks that are all tied back to corporate conglomerates that want to destroy us? State banks are the answer to the problem of leftists and globalists using corporate banks as a weapon against conservatives and liberty activists.

States should be utilizing the resources within their own borders to generate real jobs (rather than precarious and temporary service sector jobs) and economic prosperity. Why are states and citizens in those states allowing the federal government under Biden to dictate the terms of how they grow their economies?

Leftists will claim that resource management needs to be supervised by federal agencies, but why? These people have consistently proven themselves to be incompetent and destructive. Why should they be trusted to control our ability to expand in our own states?

Conservation and intelligent handling of state resources should not be relegated to bureaucrats who live outside of those states and who care nothing about the citizens of those states.

The vast majority of retail goods purchased by US citizens are made outside the US. It is a simple matter of profit incentives involving cheap labor overseas. But, what if there were big tax reductions for companies that manufacture in America? What if state banks offered easier credit to companies that build factories within that state’s borders and hire American workers at a reasonable wage? It can be done in the US – It’s been done in the past. If we don’t restart domestic production, our country is doomed to remain dependent on international corporations and foreign entities that do not have our best interests in mind.

The only hope any state has to weather the coming storm is to localize production and manage their resources to kick-start trade. Local production would act as a redundancy should the mainstream economy collapse (which it will). States don’t need Biden’s permission to make this happen. They don;t need the Federal Reserve’s permission either. They can and should take action now before it’s too late.