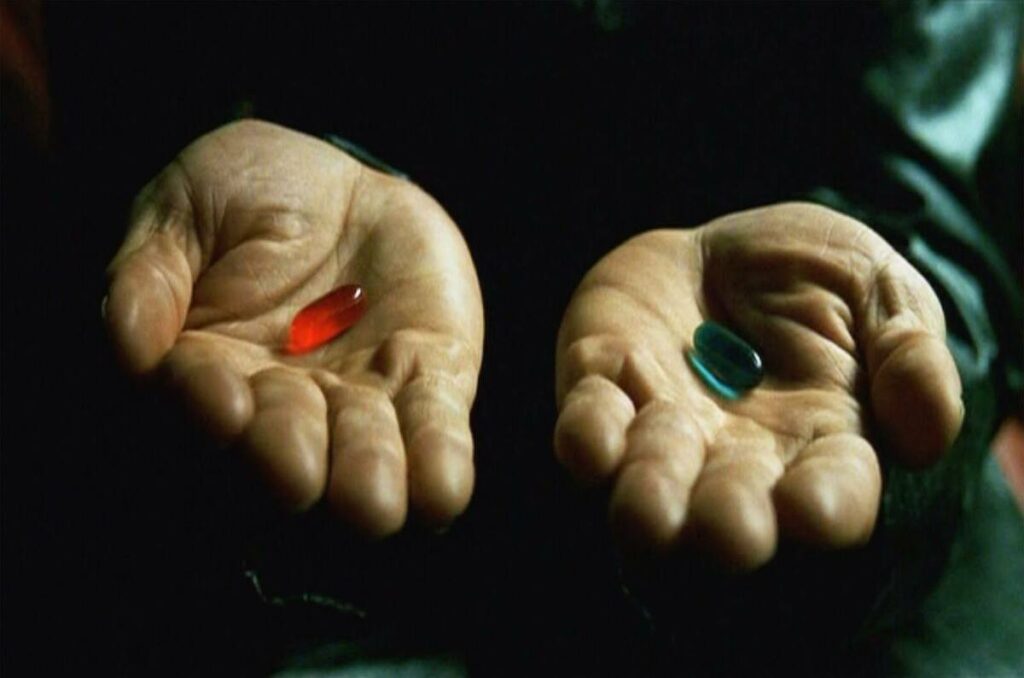 It should be considered an embarrassment for the states and districts involved, but the 2022 midterm elections are still being counted as I write this. In some cases, ballot drop boxes, mail-in ballots and “malfunctioning” voting machines have created a suspicious fog of uncertainty, and the uncertainty always seems to work in the favor of the political left.

Needless to say, some kind of change needs to happen – The majority of Americans are aware that ongoing trends of national deconstruction cannot be allowed to continue. Even the people that refrain from voting are watching the elections, just to see if the momentum of the country has shifted even a little. And, many people who tend to refrain are on the independent/libertarian side of things.

Times change and circumstances evolve, even if some people are too bitter or jaded to see it. The old guard Neocons trained in the Chicago school by Leo Strauss along with the acolytes of Irving Kristol are losing favor among conservative voters and many are dying out. The era of Bush family politics is going extinct; they were never conservative anyway.

What is left behind is a kind of philosophical stew – A mixture of libertarians, independents, Republicans and patriots that don’t necessarily affiliate with every aspect of the GOP but they will vote for a candidate with a strong stance against the woke propaganda and globalism of the political left. That’s what they are looking for.

For example, Ron DeSantis and his epic win in Florida shows us that the GOP is now being forced to address real conservative issues and concerns, whether they like it or not. Because if they want to win big like DeSantis they will have to start promoting the same policies and arguments as DeSantis. Republican candidates that don’t will not succeed, at least nowhere near the same level.

Many people assume that Trump was the impetus for this new wave of conservatives which has abandoned the Neocon coup. But in reality, the wave started at least a decade ago and we are only now beginning to see the results. Trump rode the wave, he didn’t create it.

Despite the claims of the mainstream media, there was indeed a red wave this year, but at the state level and in terms more subtle.

I consider keeping my own state red a matter of urgency. Montana conservatives recently witnessed what happens when we get lazy about voting leftists out of power. Our governor at the beginning of the covid event was Steve Bullock, a Democrat posing as a “middle of the road” pro-gun, pro-freedom guy. But when the federal government’s calls for mandates hit, Bullock followed right along with all other blue state politicians in trying to enforce unconstitutional restrictions and was incredibly malicious towards groups questioning such policies.

In 2020, we booted him out of office and most Democrats along with him. We learned our lesson – Keep the state red because in the event of crisis these people will exploit the situation to steal power and assert dominance.

I’ve had a lot of folks tell me over the years that voting is irrelevant and that conservative leaders at the state and county level would fold and submit to the whims of the feds when the time came for our liberties to be stripped away. These people were wrong.

The time did come; the pandemic was the perfect opportunity for establishment authoritarians to take all that was left of our freedoms forever. They certainly tried with all the tools available to them, including the controlled corporate media, big tech social media platforms, federal bureaucracy, etc. We passed within a short breath of full-spectrum tyranny.

The covid cult failed and they failed because red states across the country refused to comply, from the voters to the politicians. Conservative state leaders did not “fold” as many predicted, which means there is a chance to fight back on a level beyond defending our front porches with guns in hand.

At the very least, the actions of red states have bought us more time, and that is a precious commodity in an era of quickly escalating crisis. The situation is not quite as dire as I believed many years ago, and not as definitive as many liberty activists believe now. The end is not nigh. Our efforts are having an effect.

Am I putting blind faith in the elections? No. But there is valuable information to be derived from the elections and some of it tells a story of a country battling back from the brink of progressive insanity. Here are just a few factors to consider after the midterms:

Conservatives Were Out In Force

While the media constantly mentions a higher turnout for young voters this season, the real news is that conservatives had at least 3.5 million more voters overall than Democrats. Since the leftists are so fond of majority rule, it is interesting to point out the separation in active voters.

It is also odd that Democrats continue to declare “victory” in 2022 given they lost control of the House of Representatives. How can they declare a win when they came out the other side of the election with less than they had before?

Ron DeSantis crushed leftists in Florida based on a very vocal anti-woke, anti-establishment platform. He proved that this is what Americans want. Not middle of the road, not riding the fence or trying to be diplomatic, but remaining steadfast and uncompromising in the face of irrational zealotry and underhanded agendas.

Some people in the liberty movement have their complaints about DeSantis, but what I’m looking at is results and he has done more to stop the woke agenda in his state than any other state government in the country. He also stood firm against covid authoritarianism. Results are what matter most.

The “Blue Invasion” Threat Was A Lie

All the wailing and screaming I heard over the past two years about leftists relocating into red states during covid and changing the demographics was complete nonsense. I’ve been saying since the pandemic began – Leftists don’t move away from their hive and they aren’t taking over red states, at least not in the past few years. The latest midterms prove that the fear of “blue invasion” was pure paranoia. If anything, in Montana we saw far more conservatives escaping blue states to live somewhere they felt was safe.

After this election I don’t want to hear another half-baked theory about the Dems turning Texas or Florida or other strong red states to the dark side.

Remember after the Supreme Court decision overturning Roe v. Wade the number of media outlets proclaiming that conservatives would be destroyed during the elections? Apparently, average Americans are not as concerned with the “right” to kill babies as they had assumed. States that have moved to ban abortion are not facing a blue wave and these laws will most likely remain in place.

This fact upends a long running narrative in the mainstream than any attempt to stop abortion is doomed to failure and that any political candidate that supports banning abortion would be soundly defeated. The narrative was merely a scare tactic to create a false consensus.

One could debate the reasons why, but the Democrat tactic of relying on non-traditional voting methods always works in their favor. There is also the issue of potential voter fraud when it comes to mail-in ballots and ballot harvesting, as we are currently seeing investigated by the Attorney General of Arizona. The only way to be sure that such sabotage does not occur is to do what Florida did and require most voters to appear at polls in person.

In battleground states where this is not an option, it would seem that conservatives are going to have to learn the ballot harvesting game that Democrats play and use the tactic against them.

Americans Place The Economy Above All Other Concerns

Regardless of how the elections pan out, public polling before the midterms consistently revealed that the majority of Americans are worried about inflation and economic decline above all else, and the social issues that leftists typically run on are at the bottom of the list.

This means that the longer the economic crisis goes on the more Dems in power will be questioned about their solutions. It is perhaps ironic that leftists are so keen to hold onto government control when they are only going to continue to take the bulk of the blame for the continuing economic fallout.

They have no plan, and they don’t intend to do anything about it except spend more money they don’t have, which is what caused the crisis in the first place. At least conservative candidates are acknowledging the threat; leftists still refuse to admit the threat exists.

I believe the economic danger will continue to grow, and there is little that can be done about it with Democrats still clinging to the Senate and with Biden in the White House. Which means the work will fall to individual states to protect themselves from the shock. I suspect that in the end red states will survive while blue states implode.

Is our cultural pendulum swinging back to reason? Yes, I see signs of it everywhere, but the fight ahead is going to be long and arduous. It’s not just the globalists that we have to contend with, it’s the woke activists and useful idiots within our population that need to be diminished. It took decades for us to get to the terrible spot we are in as a society and it will most likely take decades to get us out of it. That said, there is hope. Over time this fight can be won and there are many millions of us at the ready.  If we can’t stop the current crash, we can at least determine who will rebuild.