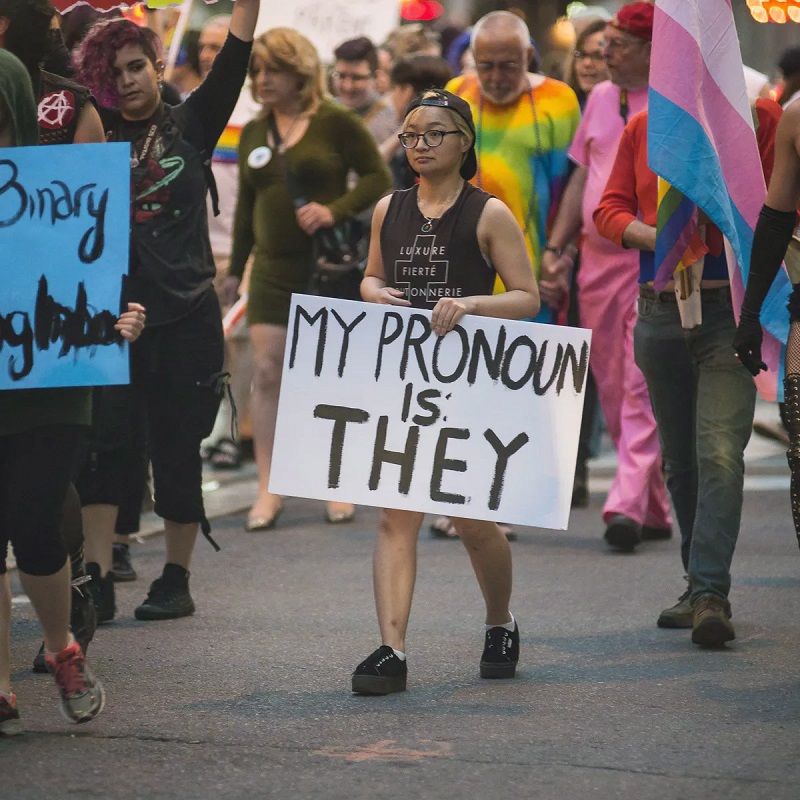 This article was written by Zachary Yost and originally published at Mises.org

Earlier this year I argued that the state is necessarily hostile to Christianity due to it being not only a rival pole of power in society, but because the state itself promotes its own religion in the form of progressivism. I noted at the time that legislation like the Equality Act is an attempt to force progressive dogma onto the rest of society and to further undermine and supplant the remaining vestiges of independence in society. A recent lawsuit regarding housing policy on college campuses serves as another reminder of what this process looks like in action.

The College of the Ozarks is a unique conservative Christian school located in Missouri, and as one might expect of a conservative Christian school, it has long prohibited biological males and females from sharing the same dorms, bathrooms, and showers regardless of their sexual and gender identity. In response to this new HUD policy, the school, working with the public interest law firm Alliance Defending Freedom, sued the government in April, seeking to have the rule overturned because its implementation did not follow proper procedure and also seeking a temporary restraining order and preliminary injunction because the college is in the middle of organizing the housing for the incoming freshmen in the fall and the new rule has caused “immediate upheaval” for the school administration.

So far, the school’s legal efforts have come to naught. At the time of writing, district judge Roseann Ketchmark, who was appointed by Obama and confirmed with no Republican opposition, has yet to release her written ruling, but she has announced that she will not issue the injunction. Without the written ruling it is not exactly clear where the case will go from here, but Fox News reports that the school’s lawyers plan to challenge the dismissal.

The College of the Ozarks is very small, with only around fifteen hundred students, and its policies make clear that such a school is not for everyone. In contrast to the stereotypical “party hardy” attitude at many colleges, College of the Ozarks is a dry campus and forbids students from partaking in alcohol even off campus. The school also has a curfew, and forbids sexual relations with anyone of the same sex, sex outside of marriage, gender expression inconsistent with sex assigned at birth, and gender transitioning. Students are required to attend religious services at least five times a semester and there is a campus dress code. All full-time students are required to work on campus to fund at least part of the costs of admission.

All that is to say that College of the Ozarks is a different kind of college than most and that unless a prospective student is completely clueless, they know what they are getting themselves into when they apply and choose to attend. Such a school may not be my or your cup of tea, but its continued existence demonstrates that it does provide value for those students who do attend.

This case once again demonstrates the Borg-like attitude that is at the heart of the progressive movement and its inability to brook any dissent, no matter how small. All of society must heel before the progressive dogma of the day and any deviation, no matter how small and insignificant, must be crushed. No one is going to go to College of the Ozarks expecting to go to a party school like the University of West Virginia. It is not clear why someone who identifies as transgendered would ever want to go to College of the Ozarks in the first place other than to troll them and try to sue them into oblivion. The only reason the school cannot be left in peace is because progressivism is a religion of zealots who will never stop as long as they have the power to enforce their will upon others.

Mises stated in Liberalism that “A free man must be able to endure it when his fellow men act and live otherwise than he considers proper. He must free himself from the habit, just as soon as something does not please him, of calling for the police.” In a truly liberal society there is room for people and institutions of many different faiths and world views to live in relative peace and harmony. We are fortunate to live in a country that has such a diverse array of people and places. Even before the founding of the United States, America had been a refuge for people who do things differently. It is without a doubt ironic that the land founded upon nonconformity and relative peaceful coexistence is slowly and seemingly inexorably being crushed into a homogenous cube by the grinding machinery of the state and its zealot pilots under a banner of diversity and tolerance.