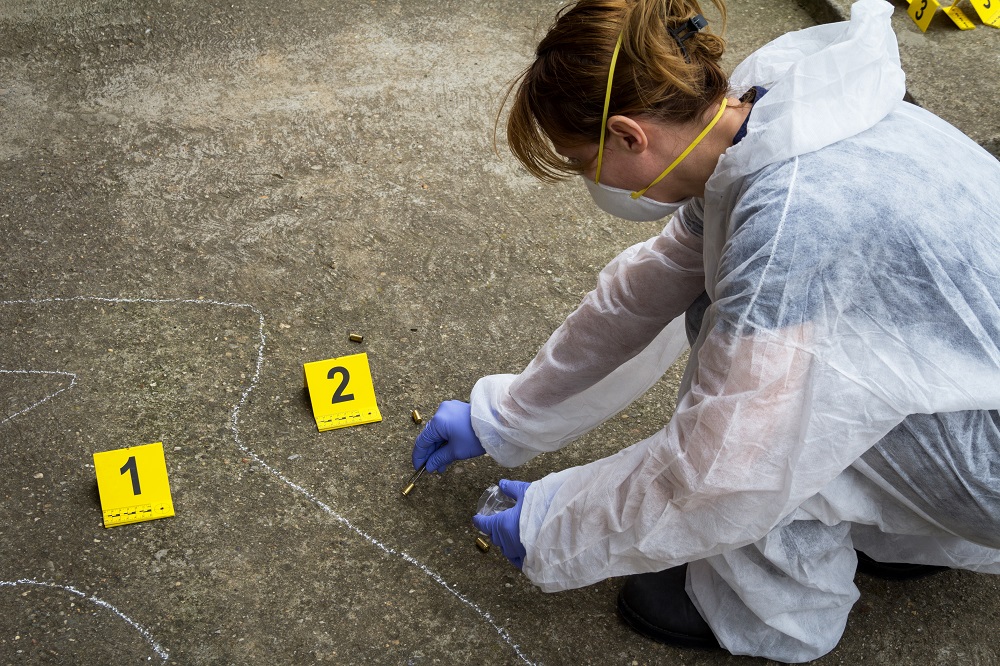 We have seen spikes in certain major cities before, but there has never been a year quite like this.  In 2020, murder rates have been soaring dramatically from coast to coast, and many are deeply concerned about what our big metropolitan areas will look like if this trend continues into 2021 and beyond.  The civil unrest that erupted in the aftermath of the death of George Floyd certainly contributed to the rising numbers, but authorities have been shocked that murder rates have remained so elevated all year long.  Americans are killing Americans in record numbers, and nobody seems to have a solution to this growing national crisis.

Let’s take a look at some of the hard numbers.  In New York City, the number of murders has risen 41 percent compared to 2019…

The city – heralded as the safest big city in America in recent years – has recorded 447 killings this year as of Tuesday, a 41 percent increase over last year and the largest number since 2011.

The number of people shot has more than doubled last year´s total, nearing a 14-year high.

At one time NYC was considered to be one of the safest cities in America, but those days are long gone.

At least eight people were killed and 30 more were wounded in citywide shootings over the extended holiday weekend, the Chicago Sun-Times reported Monday. Three people were shot and killed on Christmas Day.

“We’re over 700 homicides by gun in Chicago this year and close to 800 total homicides for the year,” Chicago FOP President John Catanzara told Fox News Tuesday. “It’s reaching historic levels, and this when the city council and the mayor’s budget just cut over 600 jobs from the police department’s budget when crime is soaring. It’s ridiculous.”

Out on the west coast, rates of violent crime seem to be rising faster than anywhere else.  For example, the number of shootings in Portland is up 116 percent compared to last year…

Fox News reports based on local crime statistics that murders are surging in Portland, Oregon. “As of Christmas Eve, this year’s shootings had surpassed last year’s by more than 116%, with 393 shootings reported in all of 2019.”

2020 numbers dwarf the prior year’s, having reached over 850 shootings. Among these are more single-year homicides than in any year over the prior nearly three decades.

Almost everywhere you look, records have either already been broken or are in danger of being broken.

In Philadelphia, if 15 people get murdered by January 1st they will break the all-time record which was originally established 30 years ago…

A violent night pushes Philadelphia closer to reaching a grim milestone. The city could be on track to surpass the most homicides ever in a calendar year.

The record is 504 homicides which was set in 1990 and with three days left to go in this year the city is has had at least 490.

And in south Florida, the number of murders in Miami-Dade County has already broken the old record by a good margin…

Many Republicans have pointed out that murder rates seem to be rising fastest in cities that are governed by Democrats.  In Atlanta, Mayor Keisha Lance Bottoms says that she is “open to suggestions” because at this point she is at a total loss for how to stop the dramatic escalation of violent crime in her city…

Atlanta Mayor Keisha Lance Bottoms, a rising star in the Democratic Party who was recently considered for a position in President-elect Joe Biden’s cabinet, is coming under fire for her administration’s handling of a surge in violent crime in her city.

Saying she was ‘open to suggestions’ on stopping the crime wave, the mayor was on the defensive over the holiday weekend after three people were fatally shot in the city, bringing Atlanta’s homicide count to its highest in more than two decades.

Shall I share more examples, or do you get the point?

To call this a “crime wave” would be a major understatement.  Compared to last year, carjackings in Minneapolis were up 537 percent last month.

Just think about that.

When something is rising 537 percent, you are talking about an exponential increase.

Of course it might help if Minneapolis and other major cities were to actually increase police funding instead of decreasing it.

You can put as much money into “mental health programs” as you want, but the truth is that very few criminals will ever be talked out of committing crimes.

What keeps criminals from committing crimes is the fear of being caught and going to prison, and our politicians should never forget that.

Also, the reality of the matter is that so many of our law enforcement resources are being wasted right now.  Instead of brutally assaulting a disabled veteran for not wearing a mask, our law enforcement personnel need to be out in the streets battling one of the greatest crime waves that we have ever seen in all of U.S. history.

Our society is literally in the process of melting down all around us.  The thin veneer of civilization that we all take for granted on a daily basis is in grave danger, and many believe that very dark days are ahead for our country.

If we are seeing this much violent crime now, what will happen when economic conditions in this country become far worse?

Yes, reform is desperately needed in police departments all over the nation.

But we should be incredibly thankful for the boys in blue, because they are putting their lives on the line for us on a daily basis.

When someone is trying to break into your home, you will definitely want someone to be there on the other end of the phone when you dial 911.

And the way things are going, more Americans than ever will be facing that sort of a scenario in 2021.

EDITOR’S NOTE:  I think that the time is soon arriving when local police will not be able to handle the exponential spike in crime rates as the economy continues to degrade.  The solution may not be to call 911 but to handle the problem yourself.  Meaning, citizens need to establish their own neighborhood watches and secure their own safety.  If you want a deterrent to violent crime (perpetrated by civilians or by governments), there’s no better method than for good people to be armed and prepared.