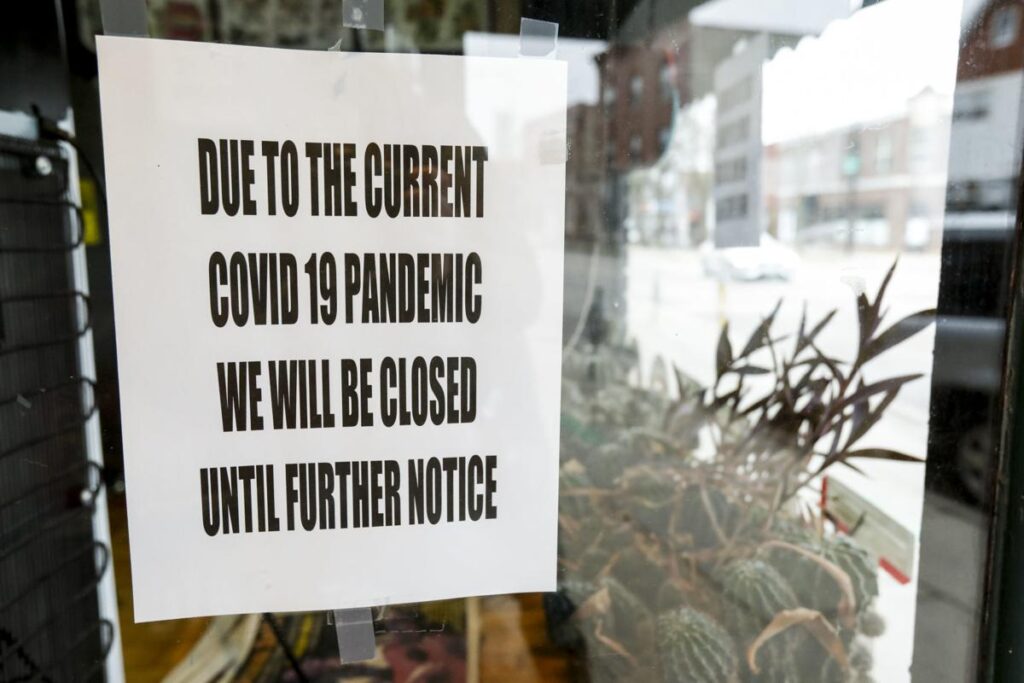 Mr. Van Happen is hardly the only small business owner worried about how to pay bills during the lockdowns. Many small businesses operate on a narrow profit margin, so being forced to “temporarily” shut down or limit the number of customers they can serve is a virtual death sentence.

The lockdowns have already caused as many as 200,000 small businesses to permanently close. Lockdowns, by shrinking the number of employers, lead to long-term unemployment or lower wages for many workers.

While governments have terrorized small businesses, they have typically deemed the big chain stores “essential businesses” so they can remain open. The lockdowns are thus another government policy that gives big businesses a competitive advantage over their smaller competitors.

The benefits big businesses get from the lockdowns — including fewer competitors, more customers, and a job market with more workers competing for fewer jobs — may explain why many big businesses are not fighting the lockdowns. Instead, most big retail chains are requiring their workers and customers to wear masks. Many big businesses may soon deny service to those who refuse to receive a Covid vaccine.

One would think that progressives who claim to oppose policies that benefit big corporations like Walmart, Target, and Amazon would oppose the lockdowns. Sadly, even many progressives are unquestioningly parroting the Covid propaganda and demonizing those who dissent.

By slowing down the development of herd immunity among the population, the lockdowns could put those truly at risk in greater danger. Lockdowns have also had negative effects such as increases in drug and alcohol abuse and increases in domestic violence. Meanwhile, many schoolchildren are deprived of the opportunity to interact with their teachers and their peers. Instead, these children are subjected to the fraud of “virtual learning.”

Resistance to Covid tyranny is growing as more people figure out that lockdowns and mandates are both unnecessary and harmful. This resistance was largely started by small business owners faced with a choice between obeying the government or making sure they, and their employees, can feed their families. Small business owners have been leaders in recent anti-lockdown protests across America.

Eventually, the resistance will grow to the point where the politicians will be forced to either double down on authoritarianism or admit the lockdowns were a mistake. Either way, those of us who know the truth must resist the Covid tyranny until government officials no longer terrorize small businesses for the crime of serving willing consumers.